There are two hand carved vases on my sofa table that came from our cruise stop in Labadee, Haiti a few years back.

The part of Haiti that I saw was absolute paradise. 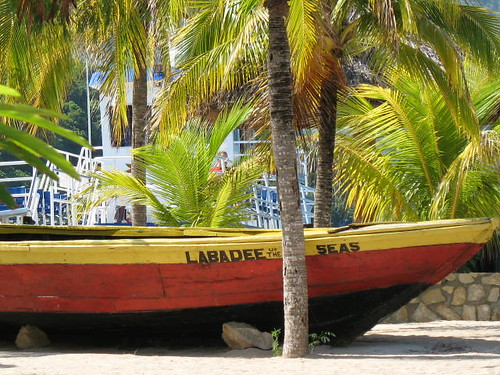 Labadee is a gated and heavily guarded peninsula that is privately owned by Royal Caribbean cruise lines, so I know that even though I’ve been to Haiti I haven’t really BEEN to Haiti. I’ve only seen the miniscule portion of Haiti that Royal Caribbean cordoned off for us. The vendors at the flea market were brought in by the cruise line to give me a very small but very safe taste of the culture. 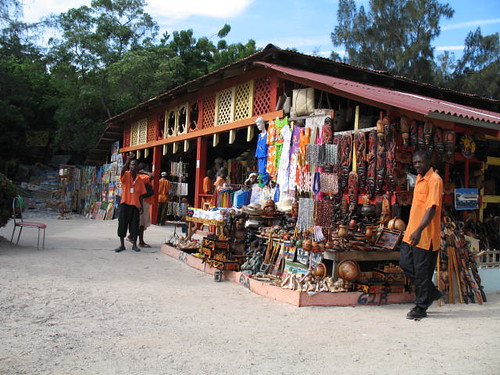 They also made for some fantastic photo ops. 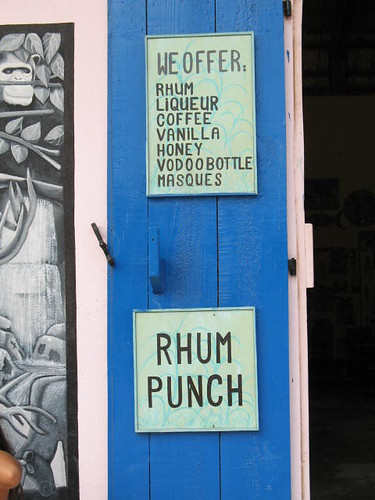 The ship anchored in a beautiful blue lagoon. I hear now they have built a dock for the cruise lines. 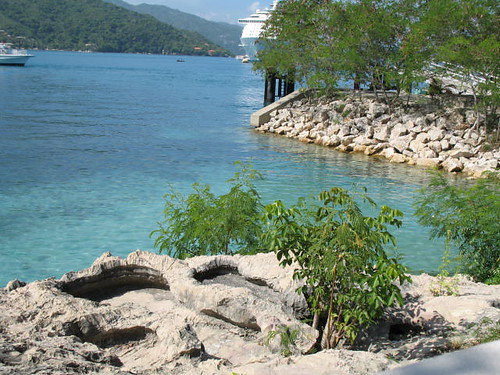 We were greeted by a band singing some soulful Caribbean music. 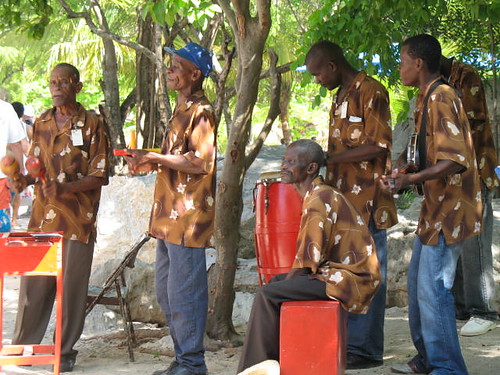 When I was in Haiti I layed in a hammock and gazed out over this view: 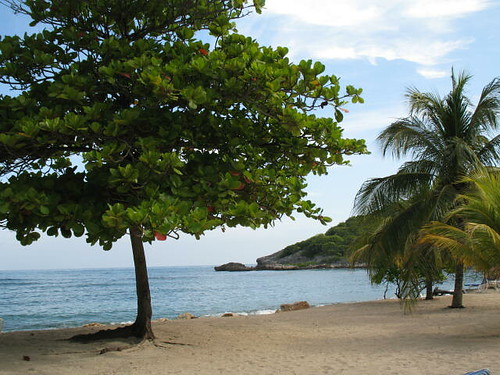 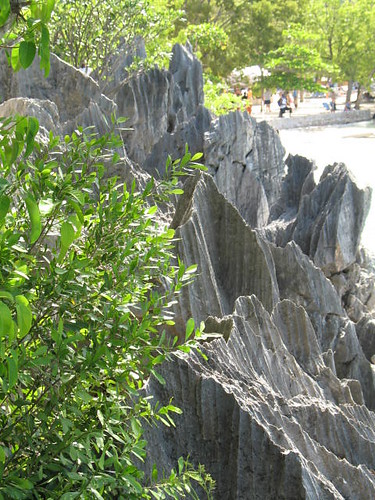 And a weathered old bell tower that seemed to be the last thing standing from a church. Who knows if it was actually a part of the original landscape or just brought in and set up to add to the ambiance for the tourists. 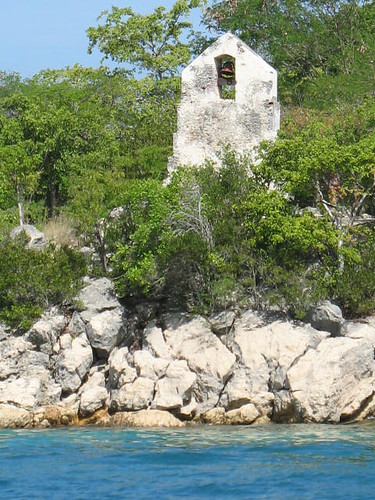 The place where I bought those hand carved vases was in this market with lots of flea market type vendors vying for my American dollars. 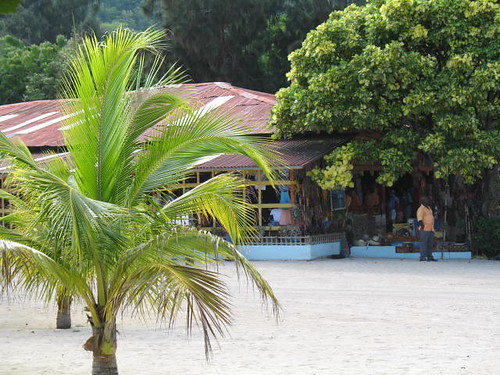 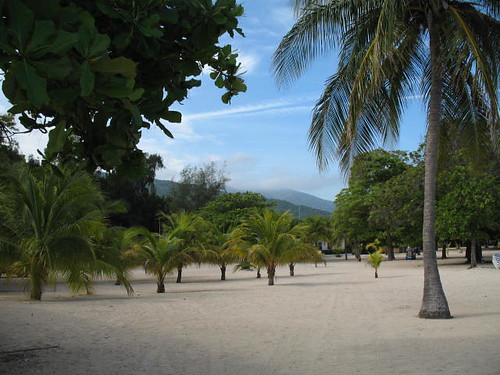 But this perfectly landscaped place is not the true Haiti. I haven’t seen the streets of Port Au Prince and been bombarded by starving kids with distended bellies asking for a hand out. I have not experienced the true third worldliness of it all.

The closest I came to seeing the true Haitian culture was the handmade sails on the boats that drifted by my cruise ship deck. 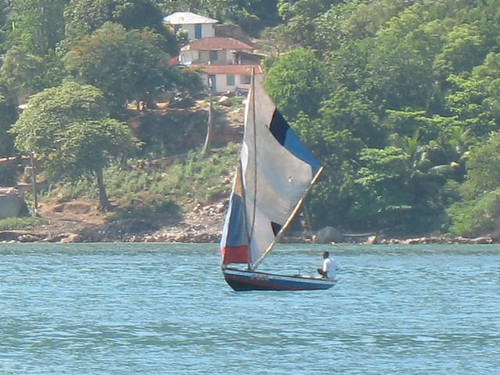 And the water taxis with folded back tin roofs that towed a dinghy around like a spare tire. 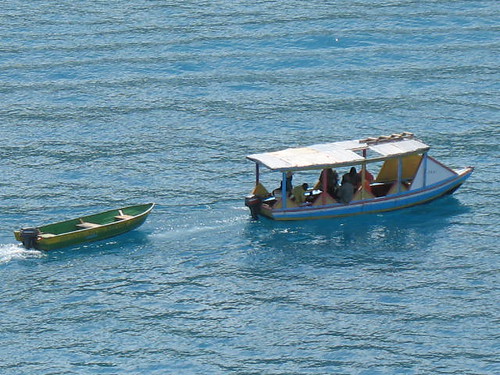 And all of these guys who were rowing out to people on jet skis trying to hock their wares. That was an interesting concept. They rowed as fast as they could to any floating or snorkeling or wave riding tourist, yelling at them and waving their stuff for sale right from the overcrowded boat. 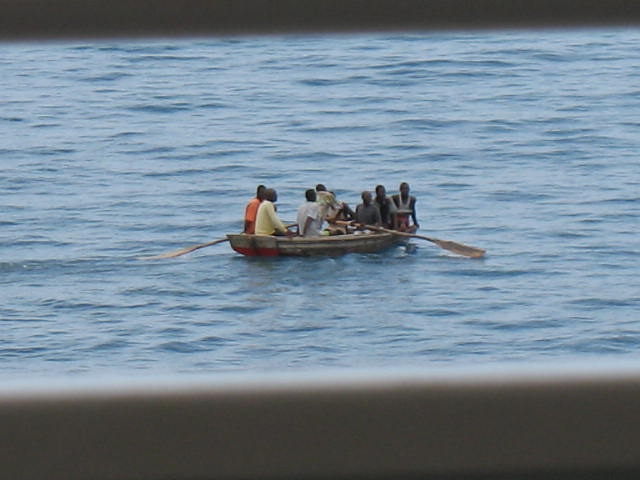 I really hope that all of these people are safe after the earthquake hit last week.

Stories and scenes like this just overwhelm me. The babies and orphans who are starving. It’s just too much to bear.

I’m not going to post a link to any specific organization here because there are SO many doing good right now. Everyone has their own preferences on where their money should go. You know what is best for you. I’ll just ask that you please help in whatever way that you can.