I stepped inside of a magazine recently. 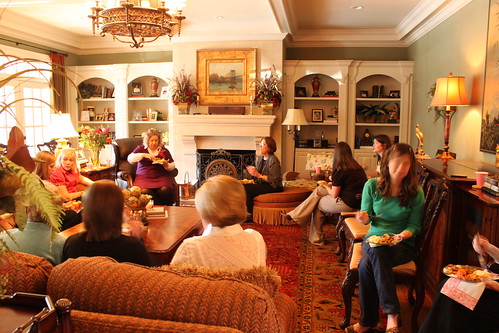 Well, it wasn’t an actual magazine, but this house I visited could have been featured on the cover of any magazine that is sitting in my bathroom magazine rack right now. 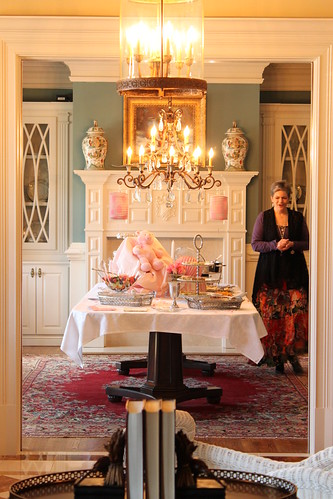 Every single room was jaw-dropping gorgeous.

From beginning to end, the house was just one stunningly beautiful photo op after another. 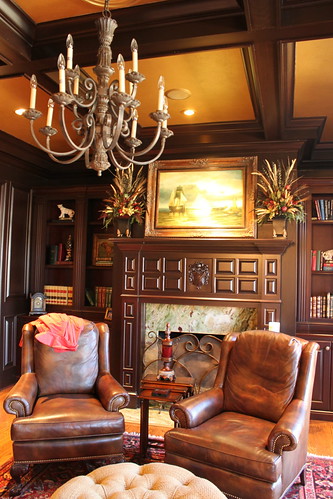 Even the hallways offered an amazing view. 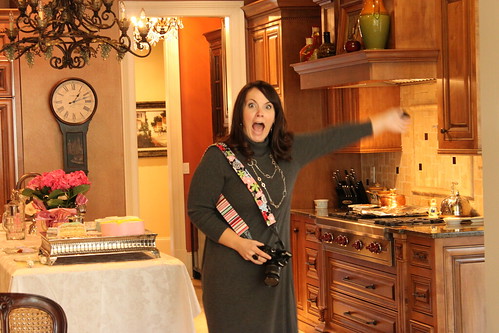 Why in the world was I inside this house? No, it wasn’t a Parade of Homes tour. It was a baby shower! You see, my friend Kent is having a baby. Isn’t she cute? 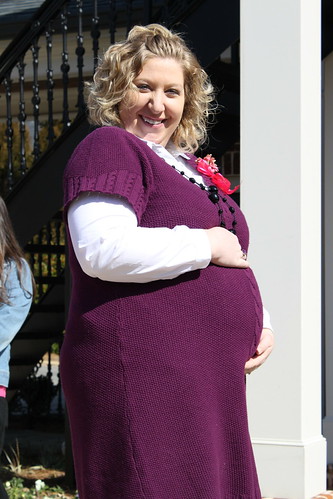 And Kent has a friend named Stacey who has a mom named Jan who owns the House That Made Me Swoon.

Stacey and Jan also happen to be the two coolest chicks you’ll ever meet. These ladies were down-to-earth gracious hostesses who welcomed us in with all the Southern hospitality that you’d expect from an Atlanta baby shower. 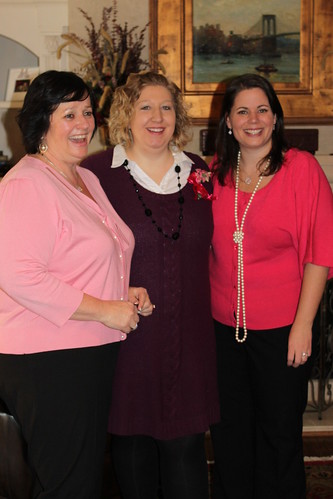 And it was inside this house that Kent was showered with gifts from all her friends and family. 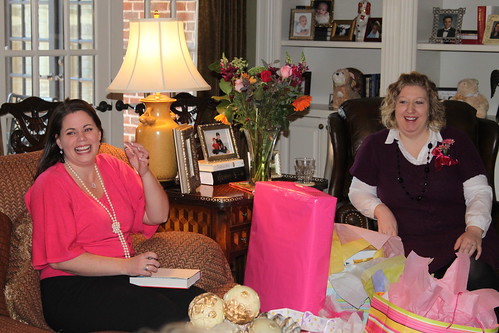 But before the shower started, we took the grand tour of the basement of this house, which included a den to die for: 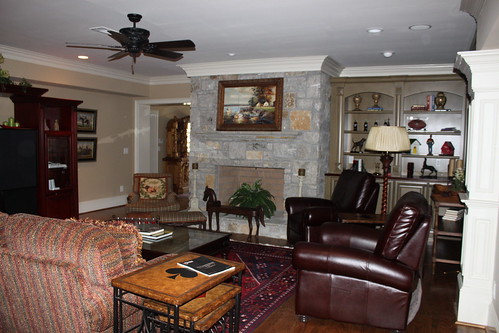 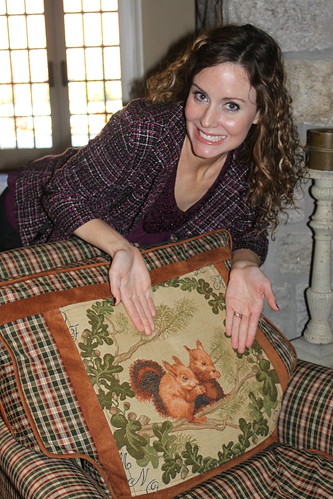 And a full bar (literally) across the back of the room. 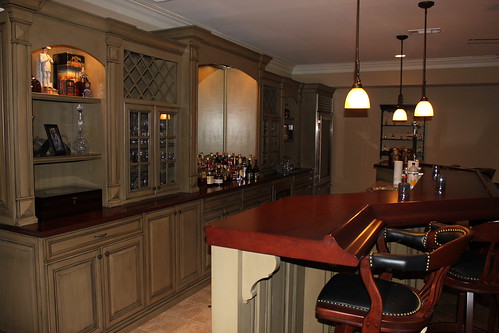 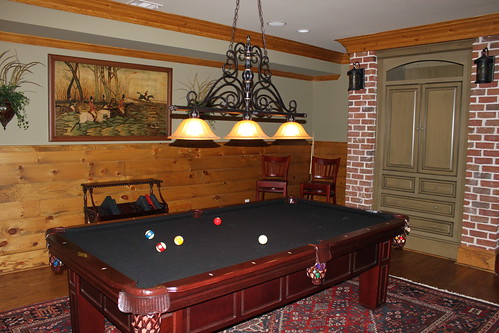 No? Maybe a movie instead? 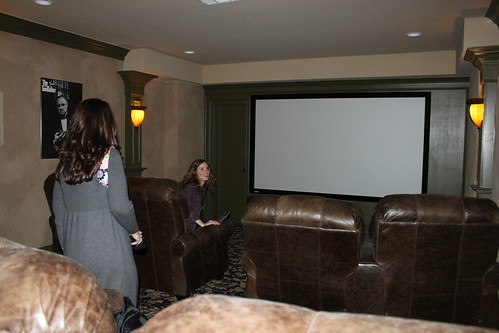 Not up for a movie? How about a workout? 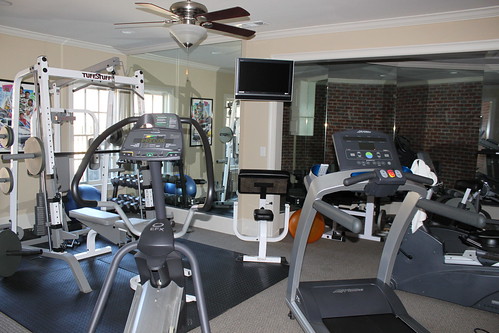 And after that we can relax with a bottle of wine while we ride in the elevator back up to the main level. 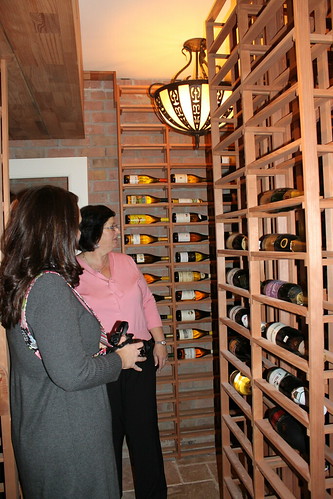 ARE YOU FREAKING KIDDING ME? AM I DREAMING?

Nope. Not kidding. Not dreaming.

Even Grandma has the pics to prove it. 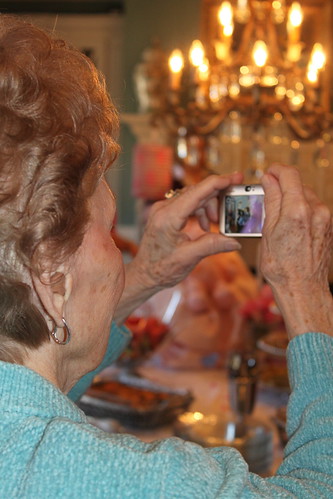 And the food! Oh lemme tell you about the food.

There was cake and punch, of course. I don’t have any pics of the punch, but I do know that two of the main ingredients were Raspberry Sherbet and Mountain Dew. And you better believe I went back for seconds. I mean, really.

And then there was the cake(s). Which exactly matched the invitation. It was perfection.

It was a brunch, so she had coffee with cinnamon and sugar and mini-chocolate chip morsels and fresh made cream. All served in delicate china teacups. I think I’ve finally met the first person in my life who actually USES her china! Someone who doesn’t just let it sit collecting dust in the china cabinet for forty years. 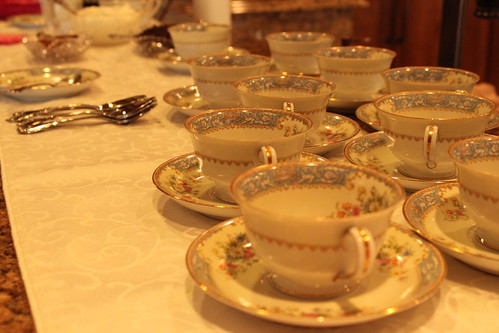 And there were peach muffins that were indescribable. Light and fluffy and bite size so you could pop them one right after the other into your mouth. Oh man… these things right here were some of the best muffins I’ve ever flopped a lip on. 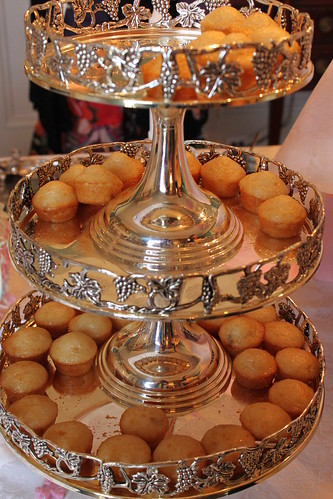 You wanna know how to make a biscuit better? Stick some ham in it. 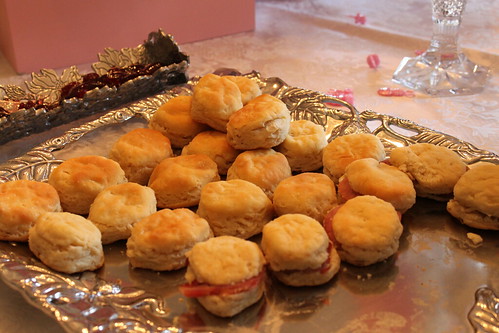 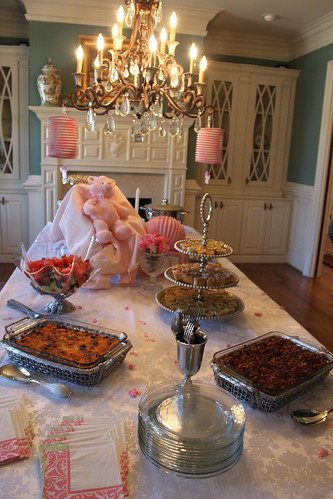 There just aren’t really enough words to describe how spectacular this day was for me. I love beautiful houses. I love brunch. Put them together, and I was in heaven. And so were all of these people…

Do any of you remember that scene from On The Banks of Plum Creek where Laura and Mary get invited to Nellie Olesen’s birthday party where they get their very first taste of lemonade and birthday cake and then they get to take an orange back to their earthen cave house to share with Ma and Pa and Baby Carrie?? That’s EXACTLY how I felt visiting this house. The only difference was, Jan and Stacey welcomed us with open arms. They never once ridiculed me for being a country girl like that Nellie Olesen beyotch would have done.

We even made new friends, like this sweet chica right here! Her name is Casey, and if any of you are looking for some tupperware, be sure to give her a shout. 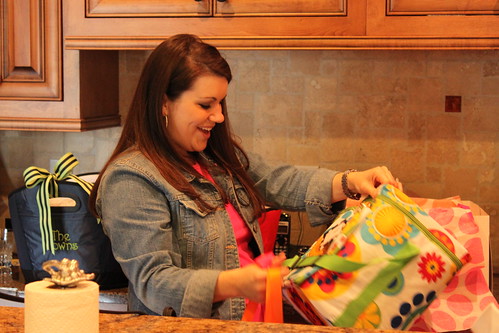 Apparently our reputation proceeded us, because when we arrived, everyone referred to us as “Kent’s Internet Friends”.

It was hilarious, as conversations would go something like this…

Everyone was so nice, considering we totally crashed their party. We even stayed til hours after it was over lounging around on her luxurious sofas with our shoes kicked off recapping the day.

And then there was the fact that I got to spend the whole weekend with this group right here. These girls are some of my best good friends, and I’m so thankful to have them in my life. 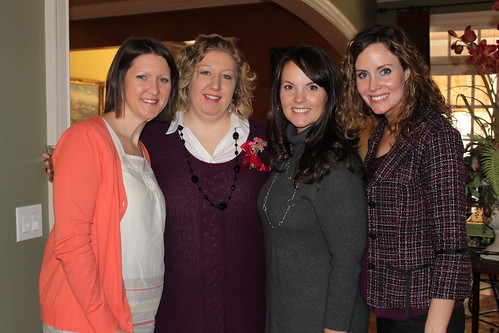 Wait, did I forget to mention the pool and the jacuzzi in the backyard? Or the fact that it was the first sunshiney above 50 degree day that we’ve all seen in MONTHS?? 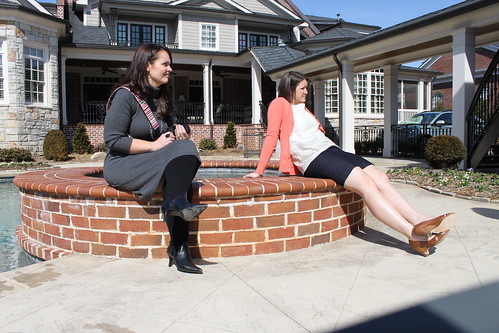 Yeah I think you could say this day would go down as one of the greatest days ever. 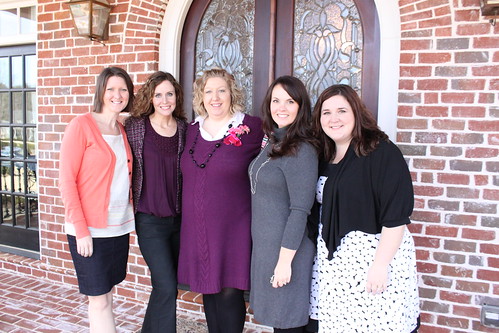 Thanks to Stacey and Mama Jan and Casey and all of Kent’s IRL friends and family for making her Internet Friends feel right at home. So much at home that I might have considered packing up and moving into the basement of this house and pretending it’s my own. Heck, I might even be blogging this from the wine cellar right now.