I just realized that I never followed up with part two of our Easter festivities from this year! What was I thinking? Sorry guys. So much poo, so little time.

On Easter Sunday we went down to Granny C’s house on the lake and had lunch with J’s family. We were a tad bit late because J was nursing a migraine that morning, but we still made it down in time to hang out with everyone. Since I have never hunted eggs before (yes, you read that correctly) I asked Uncle Dave if he would hide the ones that Riley and G had decorated the night before. Not only was it my very first Easter Egg hunt, it was also the first time we had used real eggs for Easter. At first he gave me a strange look, but it didn’t take much convincing before he was out in the yard squirreling them all away in the bushes.

While Dave hid the eggs in the front yard, we took G down to the boathouse. 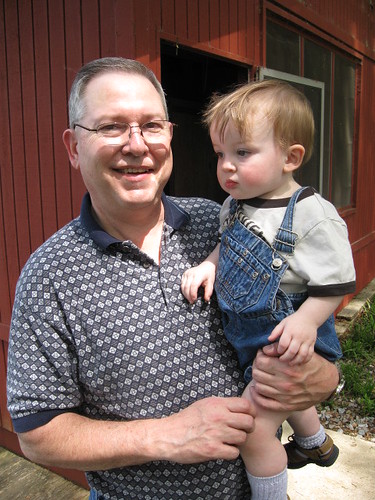 Nana and I kept him entertained by blowing ginormous bubbles. I nearly passed out from blowing into that little bunny bubble pipe. That sucker took a lot of air! 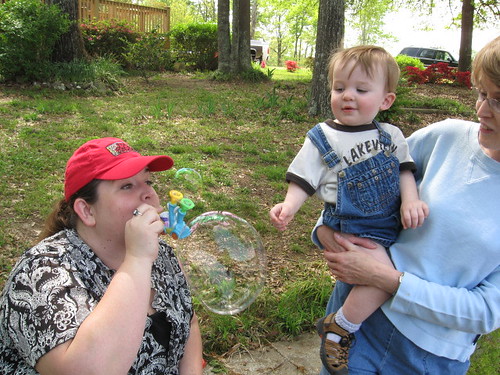 Dave announced that the eggs were sufficiently hidden, but to make it a little more competitive we divided up into two teams.

Team One = Me.
Team Two = Everyone Else.

So the hunt began!

There were eggs in the camellias. 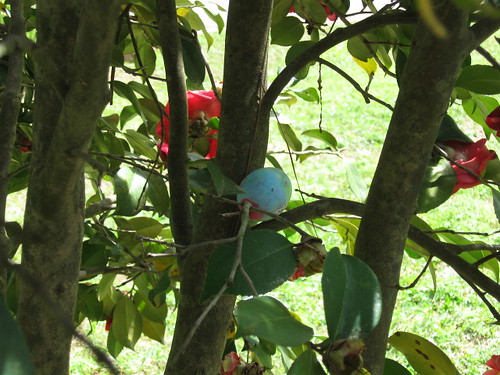 There were eggs on the truck tires. 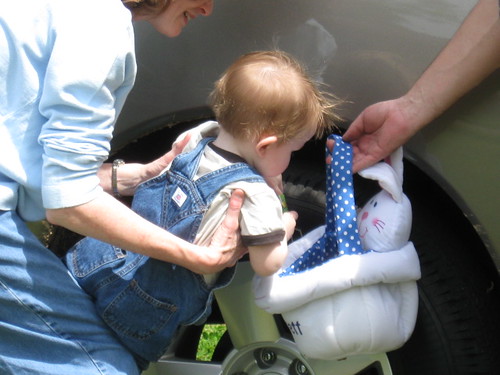 And an egg in the water meter. Dave thought he was being sneaky with that one but I sniffed it out like a bloodhound. 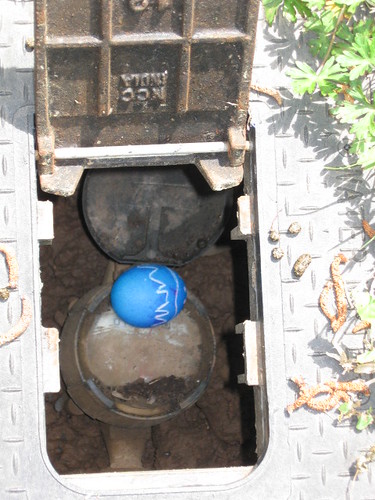 There was NOT an egg in this actual bird’s nest that a real live bird had made with her own little beak, until I put the egg in there to snap this nice photo op for the blog. And then I got scolded by Dave because some poor bird will smell the vinegary egg-dye and probably never again return to the nest that she slaved over all these months.

Whoops. Sorry birdy. Thanks for the nice picture. 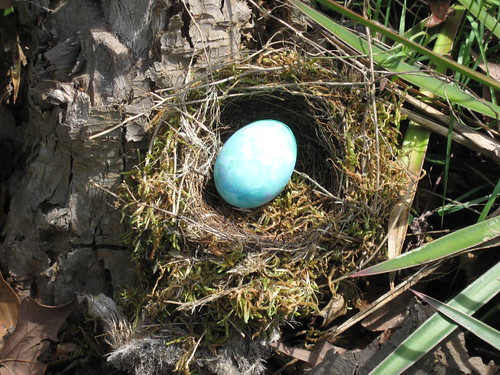 I kept a close eye on my competition because they were fierce. We were neck and neck for a while. 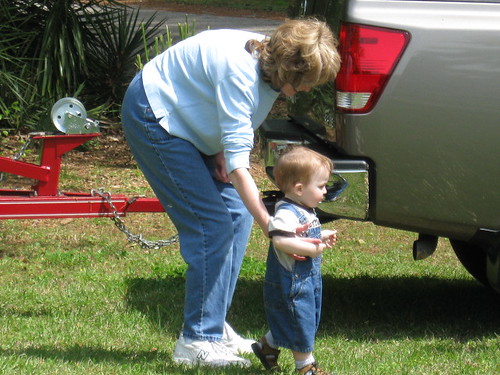 But then the hunt became more challenging, and the competition began to wear down. 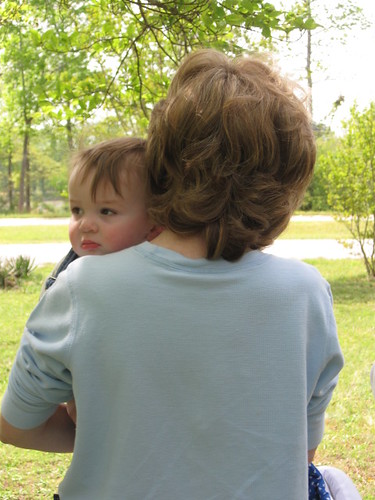 His team rallied around him and helped him make it to the end of the hunt. 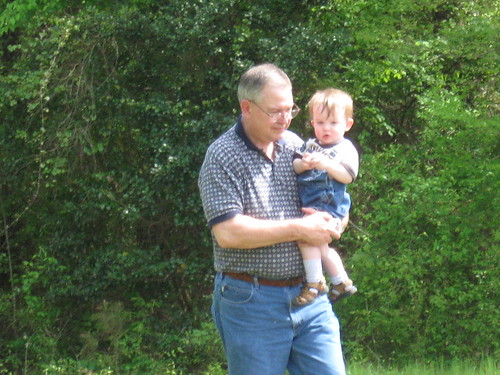 Toward the end we were all starting to lag, and my competition had to bring in some four wheeled assistance. 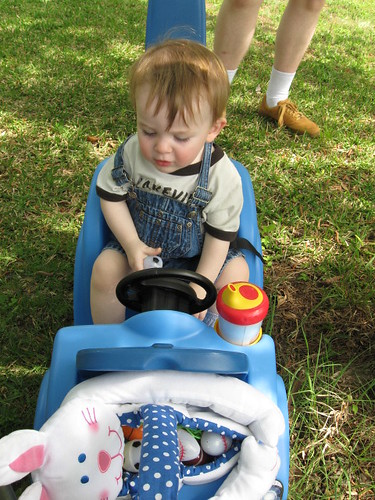 Then of course Uncle Dave forgot where he hid all the eggs, so we really had to search hard.

Grandma sure didn’t want to deal with a dozen rotten eggs stinking up her yard in the hot Alabama sunshine.

In the end, we found all the eggs! The final score? 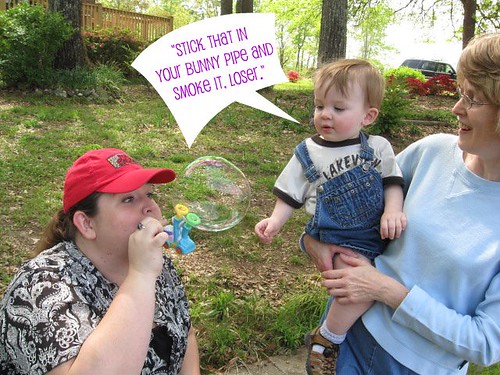 After the egg hunt we went back down to the lake to play a game of Will It Sink or Will It Float with the Easter eggs. 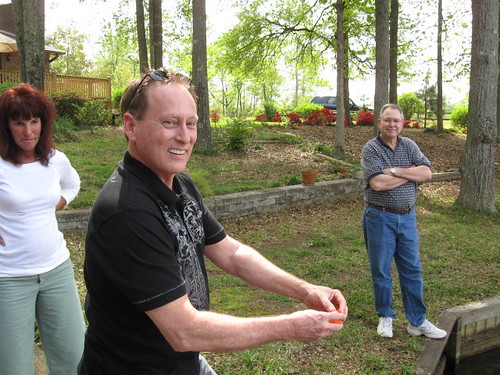 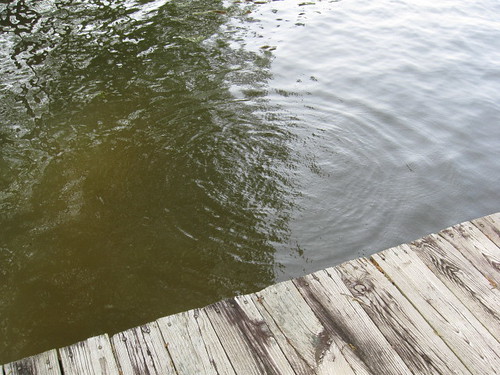 So we tried other methods. Maybe the yolks only will float. 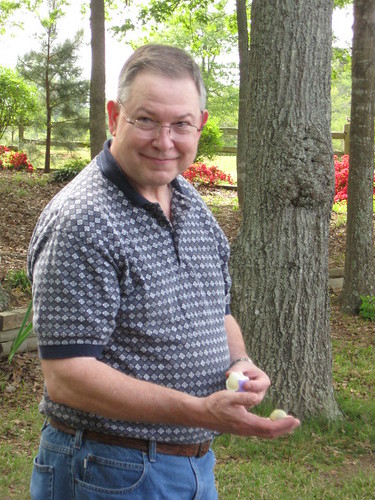 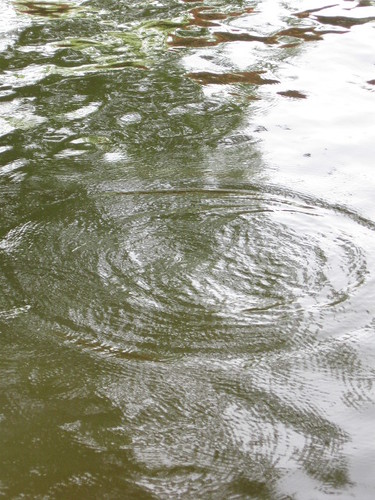 After trying various methods of sinking eggs to the bottom of the lake we had an egg toss to see who could throw them the farthest. 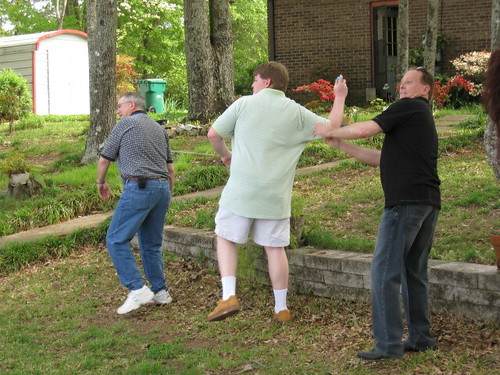 Papa was the winner! Yay Papa!

Since we were still in the competitive spirit Garrett and Papa decided to do some drag racing. 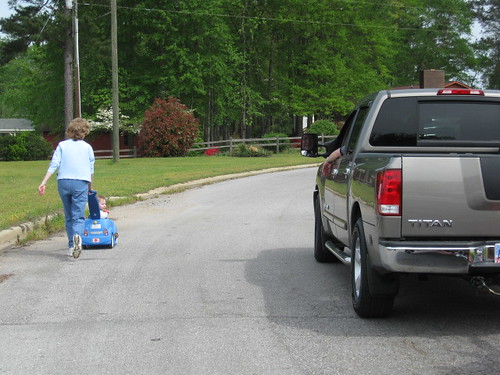 It was neck and neck, but again, Papa crossed the finish line first. Apparently Papa hasn’t heard of letting the grandkids win to boost their egos and stuff. 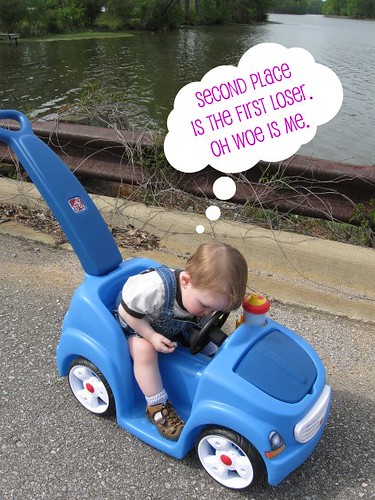