Garrett’s second Easter is shaping up to be much more eventful than his first one, considering he was still a flopsy little baby last year.

Last night we had so much fun decorating eggs and hanging out with the family. Kathy, Warren and Jordan came down and we all had dinner. 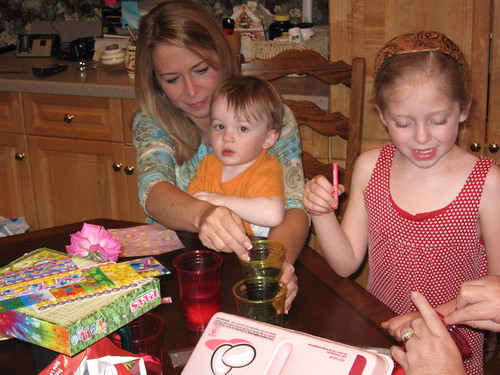 There was some super serious egg coloring concentration going on. 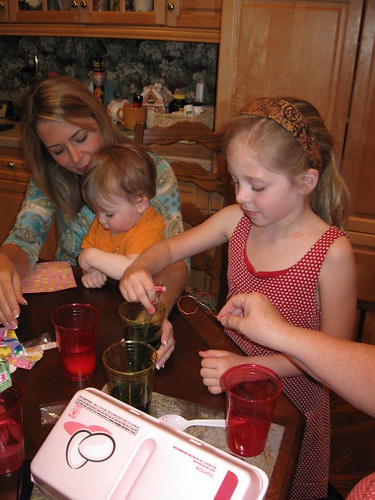 Garrett got decorated more than some of the eggs. 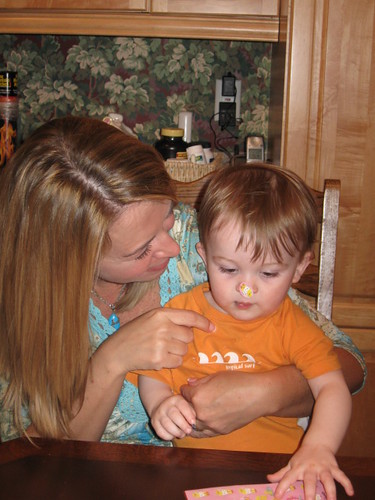 Check out our masterpieces. My favorite was the blue and green tie-dyed one that is front and center.

Yes, one says “Flo Rida”. He just happens to be Riley’s favorite artist at the moment. I’m so proud that she’s taking after her Aunt Beth. 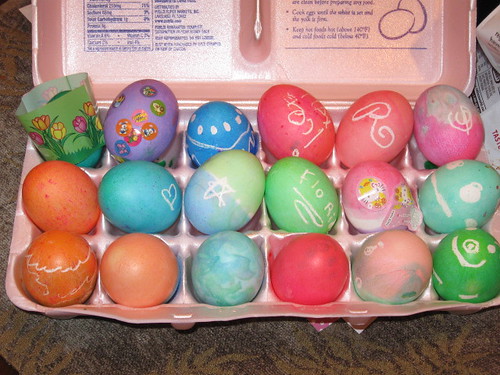 After the eggs were all finished we watched Garrett do his latest tricks, including “TOUCHDOWN!” 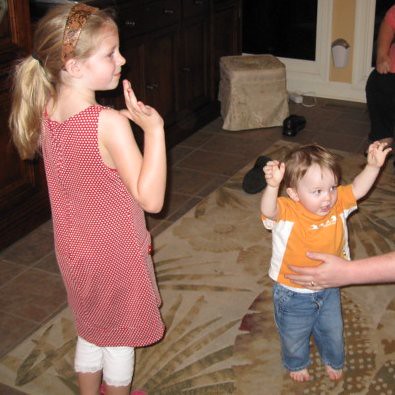 Then we made a silly totem pole and called it a night. 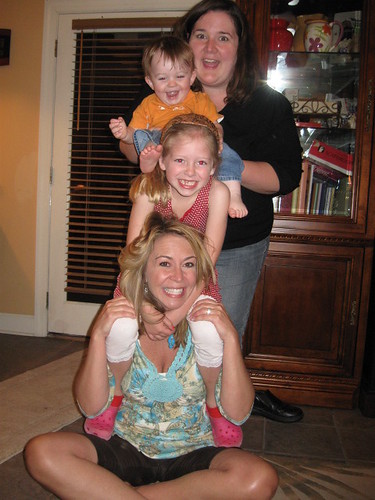 Today we met up with Lori and Cutler and some of their family at a local Easter Egg hunt. 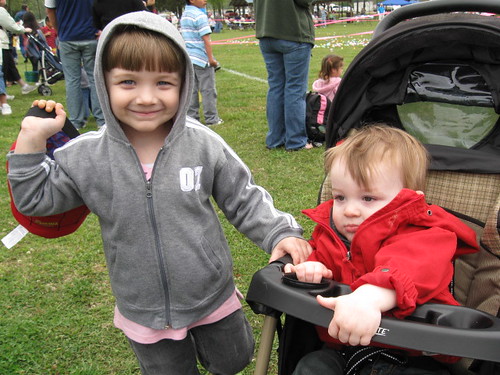 There were just a few people there. 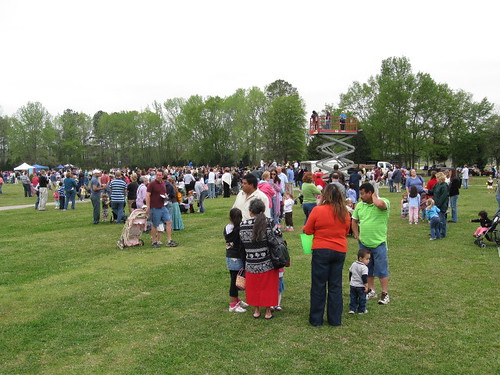 And it really wasn’t much of a hunt. More of a madhouse snatch and grab. 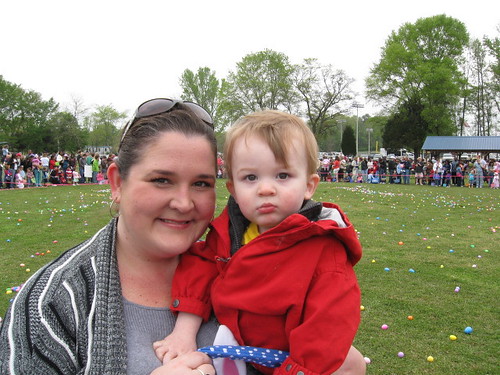 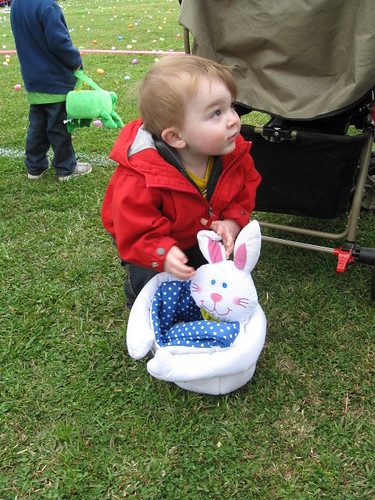 At first G wasn’t really sure what to do. 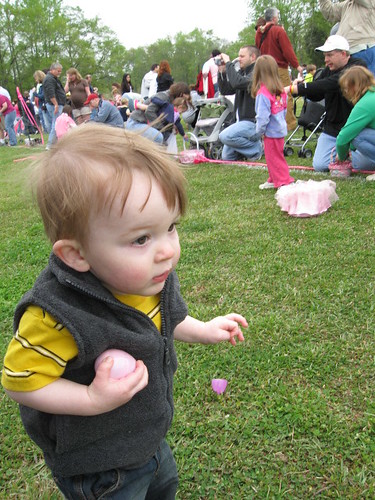 He would pick up an egg, then throw it back into the grass, laugh and go pick it up and throw it again. 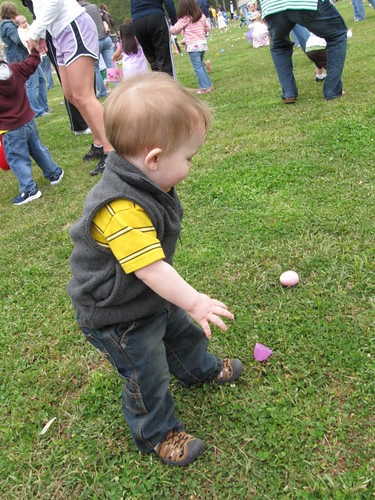 While other kids were grabbing eggs by the handful he was content with finding that one egg over and over again. 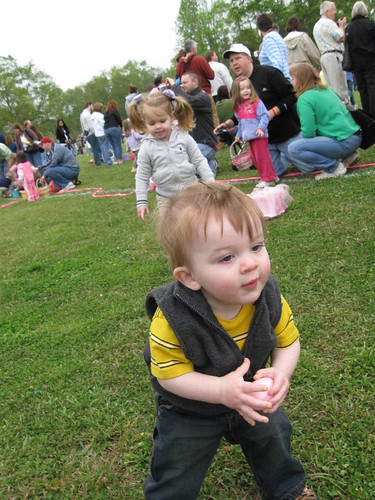 Finally he got the whole concept of putting the eggs in his basket. 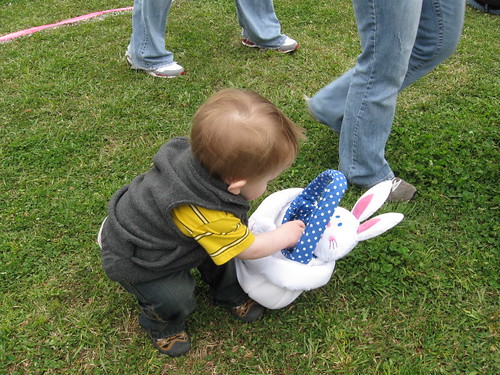 And then it was on. He toddled around and had a great time! 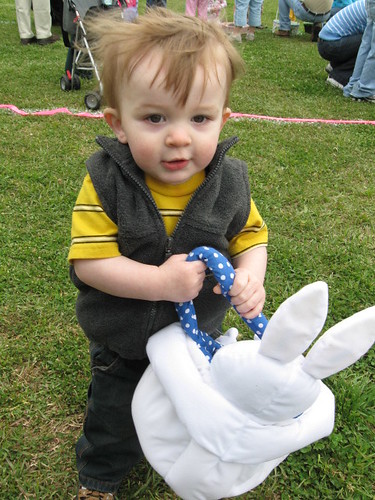 Once we snatched and grabbed as many eggs that we could, (three) we opened all the eggs to see if we won a prize. No dice. 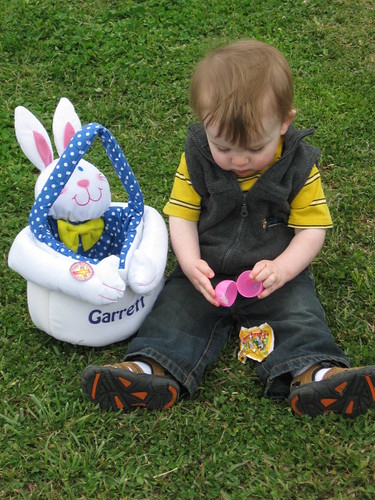 Instead of eating the candy he went straight for the egg. 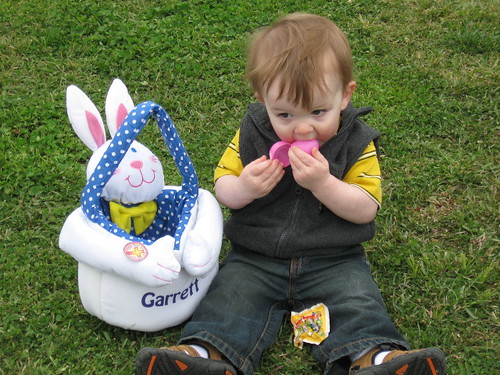 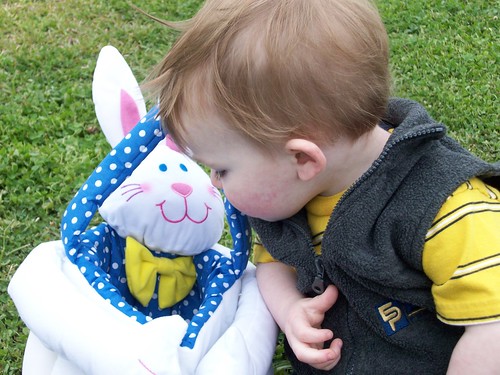 After it was over we met up with Julie and Riley for just a minute. 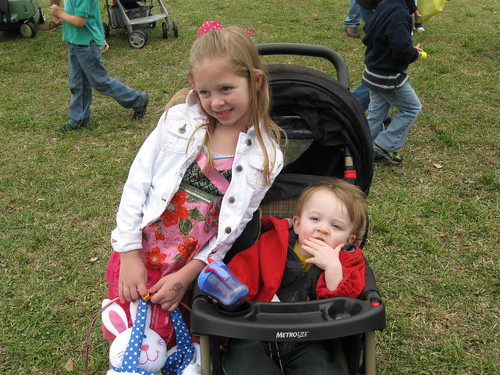 And then we came home and he slept like a rock for two hours.