So, I am trying something new with my dinner menus.

For the past few years I have been a pretty religous coupon clipper and grocery stockpiler. It was really easy to do before I had Garrett in my life. But now that he is here, the last thing I want to do is spend hours on my weekends clipping coupons and bargain shopping. Plus, I have this massive stockpile of food in my pantry that I really need to use up before it goes bad.

Here is the scene at my house night after night:

Get home from work, play on the porch with the dogs. Garrett starts getting hungry and ill, so I microwave him something really fast like frozen mixed vegetables and cheese tortellini. While he is eating I stumble into my pantry with my eyes glazed over and go “Deeerrrrrrrrrrr. What am I going to cook tonight? Hmmmmmm. Uh, um, Well…. Nothing looks good to me at all. Eh well, I’ll just throw a frozen pizza in the oven.” Or worse than that, I would pick up take-out on the way home from work just to avoid that scenario altogether. Bad news for my wallet and my double chins just keep getting bigger. Plus I was fixing two separate meals each night for Garrett and us. Ridiculous, right?

I finally got tired of doing that night after night, so I went to my most trusted source of information- Facebook. I asked my friends if anyone had any menu ideas. One friend suggested that I try e-mealz. I was intrigued.

It is not a coupon site, but it does match up the sales flyer for the week with a menu plan. It sounds like a no-brainer for most people, but for me it is a life saver. I’m so scattered and unorganized these days, this really helped me to have a game plan for the week. It gives you a seven day menu, along with instructions on how to prepare the meals and a grocery list for what to buy.

I signed up for the Publix Family of Four plan, which is actually too much food for just the two of us and what little Garrett eats. But, we have leftovers for lunches so I’m not going to change it just yet. I’m two weeks into this plan, and it’s going really well. We have had some delicious meals that are similar to things I would normally cook, such as this Swiss chicken: 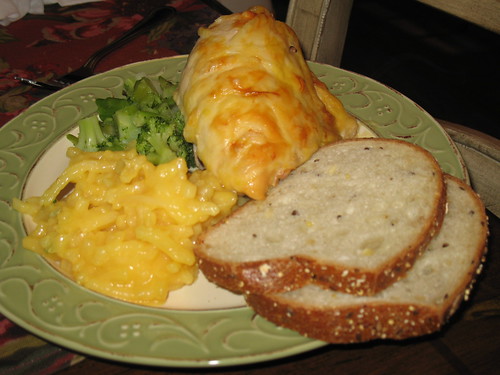 And then there are meals that are way out of the ordinary for us, but OH. SO. GOOD. 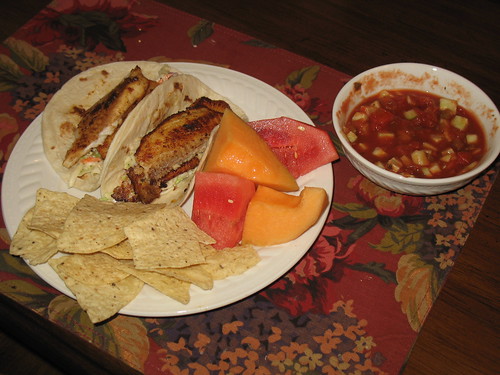 Here is the recipe that I tweaked just a little bit for our tastes:

Throw in jarred salsa with added cilantro and cucumber, and this is what I call delicious.

I would never have made this in the past, and a part of me doubts if J would have been very open to eating it.

Just look at it! It’s like I ordered it off a menu. But I made this! I’m so proud of me. 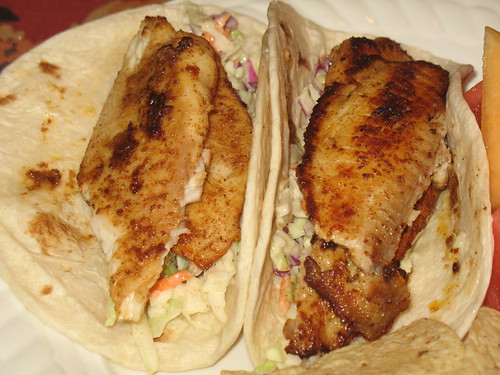 I asked J what he would rate each of these meals on a scale of 1-10. He gave each of them an 8.3. I give each of them a 9 because they were not only delicious but so darn easy to prepare. And use very few ingredients. There have been a few meals on there that are not my cup of tea. I don’t eat shrimp, so I substituted that meal for steak on the grill one night last week. You might have to tailor it a bit to fit your tastes.

But I honestly can’t believe stuff like this is on my table every night. It’s nothing fancy, but it’s so good!

My past two grocery shopping trips have taken less than about 20 to 30 minutes, and J and G have gone with me each time! That is rare, because in the past when I would have a stack of coupons I needed to go by myself so that I could think about what I was doing. Now I just go in with my list, throw whatever it tells me to buy in the cart and head out. We are in and out of that store in a flash. And we shop the perimeter of the store- fruit, veggies, dairy, meats, bread and then we go down one or two aisles, and that is it. It has got to be much healthier for us than nightly frozen DiGiornos.

And here is the best part– I haven’t clipped a single coupon these past two weeks, and my grocery bill for the week was $75.00! How cool is that? I love it. If and when I ever get in the couponing game again, I could potentially save a whole lot more money. But honestly, right now, I’m too lazy to do it.

If you want to read more about e-mealz, click on this cute little banner. They have several different dietary plans so you can browse and see if one fits your needs.

If you decide to sign up, use the coupon code “DAVE” (as in Dave Ramsey) and it will save you a little bit of money.

And a whole lot of time and sanity.

« The Back Porch
I stumped the Grump! »