This contest has ended! Congrats to the winner!

So you may have heard about this little country music singer named Garth Brooks selling out not one but NINE benefit concerts in Nashville at the end of this month. That means somewhere in the neighborhood of 140,000 tickets were sold to benefit the victims of the Nashville floods.

Back in the 90’s I was a massive GB fan. Posters on my bedroom wall and everything. Back in those days we had these things called cassette tapes that you had to wait like 2 full minutes to rewind and play over if there was a particular song you wanted to hear. That’s a long time to wait for some Two of a Kind, Workin’ on a Full House, huh? Wow, I am much too young to feel this damn old. 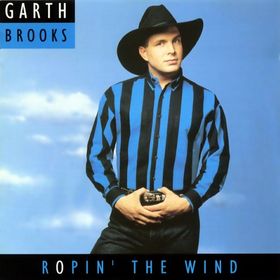 I saw Garth in 1995 at another sold out concert in Birmingham. It is STILL to this day the hands down best concert I have ever attended. And I’ve been to a whole bunch of concerts y’all. The roadtrip I took in college to see Dave Matthews is a really close second runner up, but Garth is still the best in my book. And that’s saying a lot if you’ve ever seen DMB in concert. Those little jimmy legs will captivate anyone.

I miss Garth Brooks on the radio.

For the record I mean this Garth Brooks: 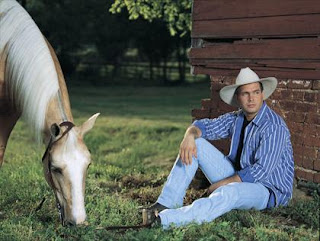 Not this creepy dude here: 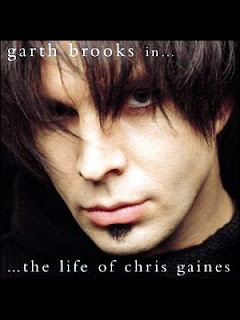 The morning the benefit concert tickets went on sale my sister had me on the phone dialing for dollars trying to score us some tickets. I struck out for the first hour, and then miraculously was able to get us some at ticketmaster.com plus a few extras while I was there.

I have decided that instead of trying to sell them I will do a giveaway! So, that means YOU might be going to the Garth Brooks concert too! I have three tickets available, all seated together. This concert is on the Tuesday night before Christmas in Nashville, so you might need to arrange some lodging unless you live in the Nashville Metro area (sorry, lodging is not included in this giveaway.) But what a great Christmas gift this could make for you and the country music lovers in your life!

I realize this is way beyond my control, but I would like to ask that you not enter if you are not able to actually attend the concert. At least give the tickets away to someone who will use them if you win. Donate them to some kids or something. I understand not everyone can drop what they are doing and head over to the Music City on a random Tuesday night, but maybe since it’s Christmas week you’ll have some time on your hands. If you live in the Southeast it’s a pretty easy drive to get there. This giveaway might be a little bit biased for my fellow Southerners.

Here are the important details about the show so you can take them into consideration before you enter:

Prize: You will win THREE (3) consecutively numbered tickets to the Garth Brooks Benefit Concert at Bridgestone Arena in downtown Nashville, TN. As a bonus, I hear his wife Trisha Yearwood will be there too! And “unnamed guests”!! So who knows might appear at the show!!
Date and Time: Tuesday, December 21st 2010 at 9:00 pm

Leave a comment here and tell me your favorite Garth Brooks song and a memory attached to that song. Doesn’t have to be elaborate! Just tell us the first thing that pops in your head!

The fine print:
Drawing will end at 12:00 noon Central time on Saturday, December 4th, 2010.
Any entries made after this time will not be accepted.
You must leave your email address or a way to contact you in your entry.
Tickets will be emailed as a PDF or mailed as a hard copy. Your choice.
Sorry, but I’m not responsible for any lost, damaged or stolen tickets.

« Tales from the Playroom
Have yourself a Pear-y little Christmas »

« Tales from the Playroom • Have yourself a Pear-y little Christmas »