My parent’s 40th wedding anniversary was this past weekend. We kept it low key and celebrated by grilling steaks on our back patio and having a relaxed family dinner together. It was a great night. Very laid back, which was much needed by everyone I think. After dinner the kids swam while mom and dad opened their gifts.

So just what do you buy the people who have been married so long that they already have everything? That always makes gift giving occasions harder, right? That’s when it’s time to get creative. 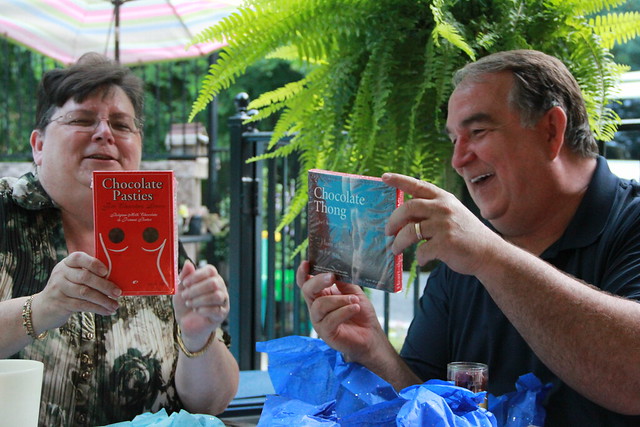 A chocolate thong and pasties. Can you hear the roar of laughter?

She followed it up with two really cool lanterns to hang on their screened-in back porch, so she scored big with that gift!

I gave them a box of moon pies for sentimental reasons. When they went on their honeymoon in 1971 they drove straight from the church toward Panama City Beach, Florida. They stopped at the Clanton Holiday Inn to spend the first night of their honeymoon and the only food available when they arrived was in the vending machine. So their first married dinner consisted of moon pies from the vending machine. 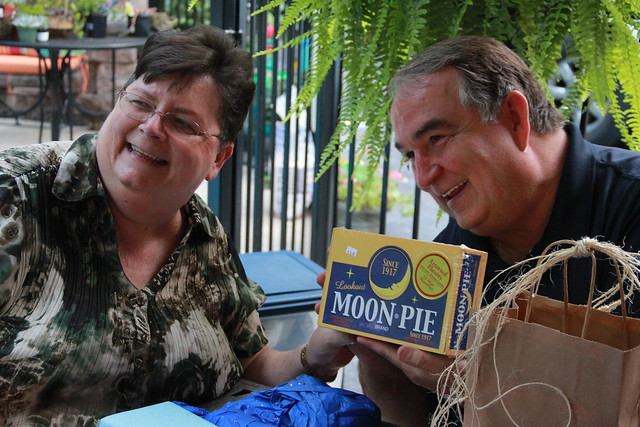 The next gift was one of my favorite photos of Garrett on stretched canvas. You can’t go wrong with ginormous pics of the grandkids. Especially when he’s grinning like a possum and riding the tricycle that Granddaddy gave him. 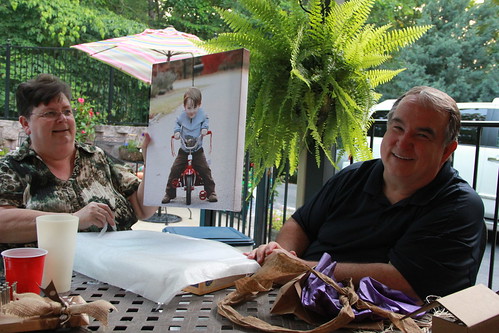 The last gift I gave them was something that I had seen on Pinterest last week.

It’s a wooden plaque that spelled out “40” with nails. 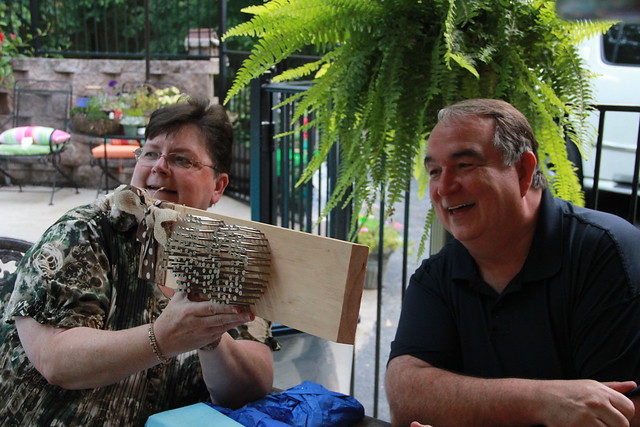 When I saw this idea I thought it was a perfect gift for my parents. 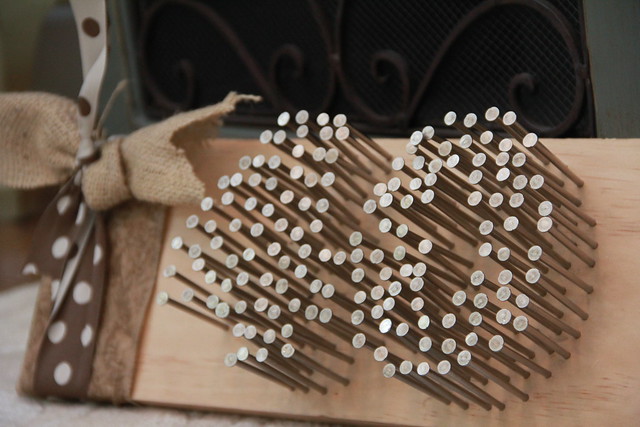 My father spent years when I was a kid as a traveling salesman for Stanley Bostitch who, according to Google, is the “global manufacturer of nailers, staplers, fasteners, compressors and accessories for construction, industrial, and office applications.”

I will always associate the sound and smell of air compressors and nailers and wood shaving with my dad. Before I started school we would ride with him on his sales calls to pallet shops all over south central Alabama. My sister and I would play hide and seek in between the stacks of pallets while he met with his customers. Around that same time he and my mom built a house from the ground up all by themselves.

We call that the Mother Earth years.

So the nails, to me, represent their marriage in a way that might not make sense to some people, but it made perfect sense in my head. 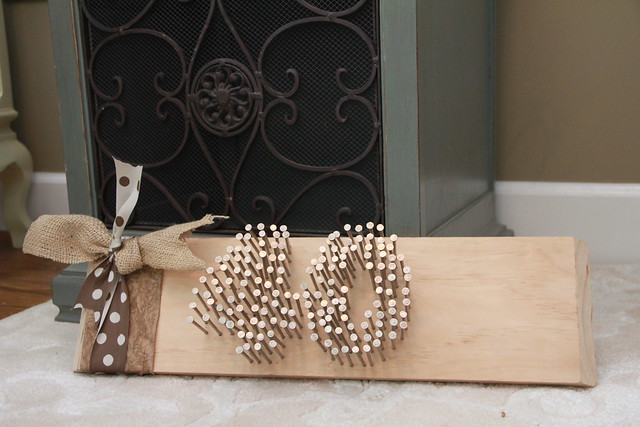 Luckily my dad had something a whole lot sparklier in mind for his gift to my mom. 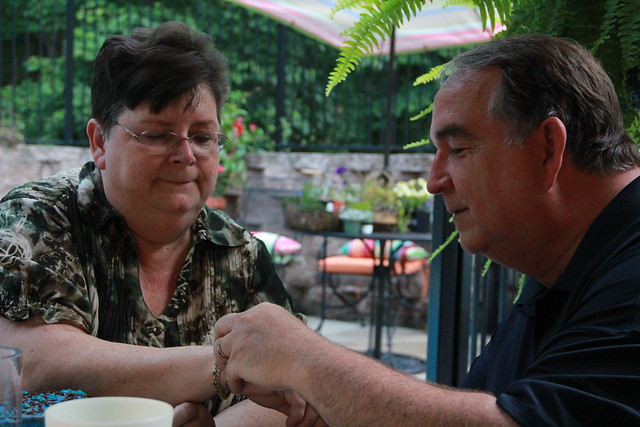 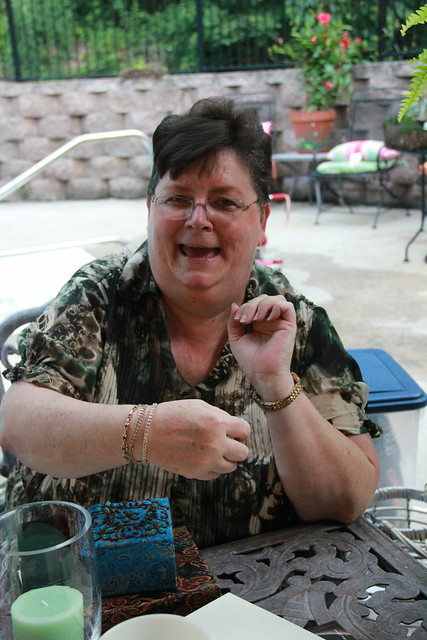 Happy 40th Anniversary to my parents. I love you both very much!

Click for a step by step tutorial on how I made this nail plaque.

« Old news
Spelling it out with nails »

« Old news • Spelling it out with nails »