On Sunday we celebrated Independence Day early by heading down to my aunt and uncle’s house. My cousin’s family was visiting from St Louis, so we were happy to see them in town for a surprise visit. 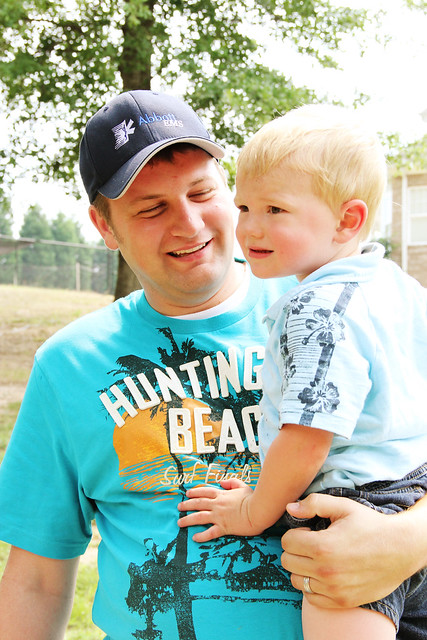 All of his old buddies came over to visit him so we had a house full of little kids. Five little boys and one girl, to be exact. 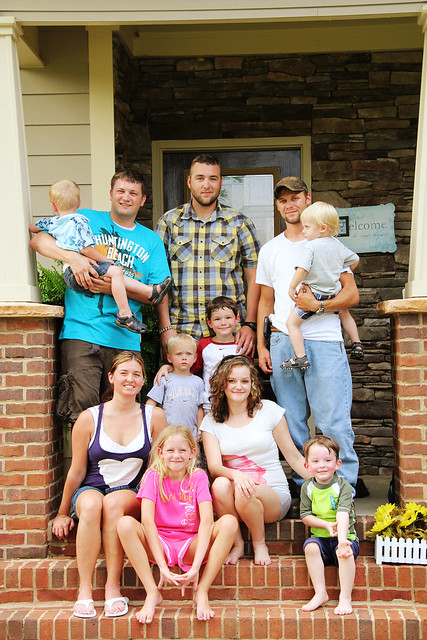 We walked down to the lake near her house and it felt like we were on a preschool field trip. I did a head count at one point to keep track of them all. 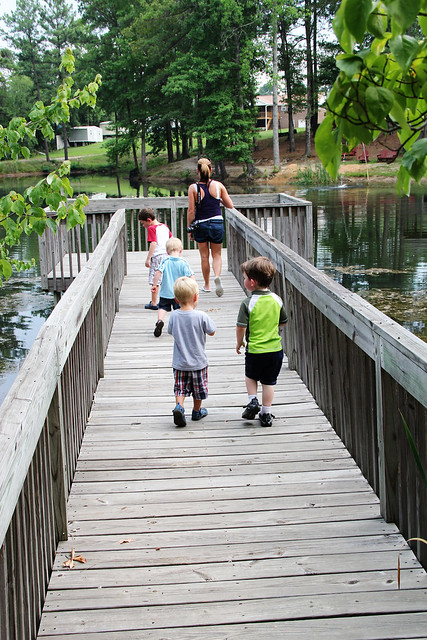 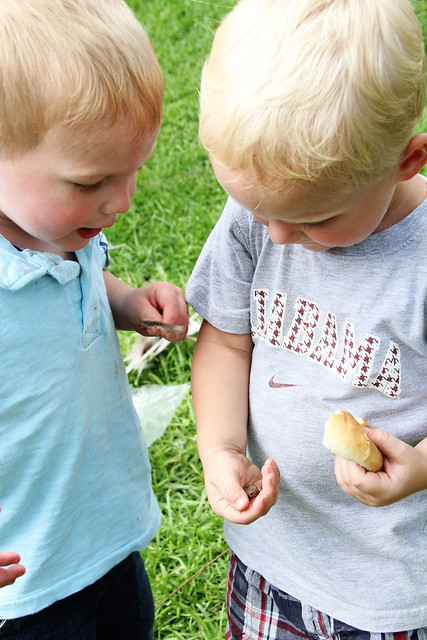 Baby bullfrog had an exciting day. 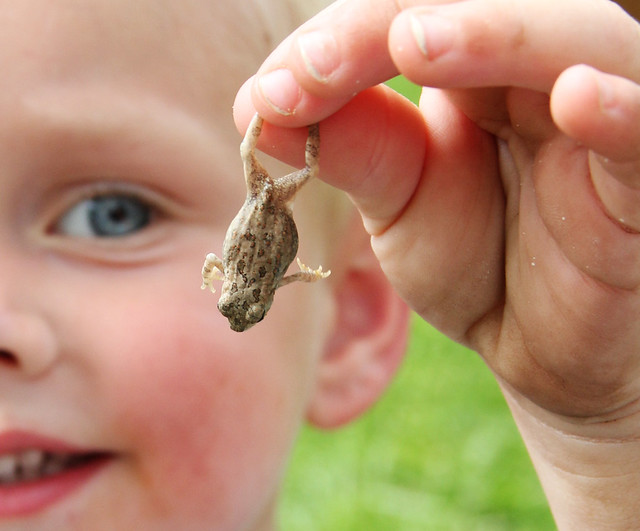 …until Garrett decided that the frog needed to go back to his home and threw him into the pond. Score one for Garrett and Kermie. Let’s hope he can swim faster than the fish after that toddler workout.

G later told me that it made him so happy to set the frog free. You should have seen the grin on his face when he talks about freeing the frog. He’s a lover of justice, my boy. I’m proud of him for giving that frog his freedom, even if the other little boys were a little bit bummed about it. 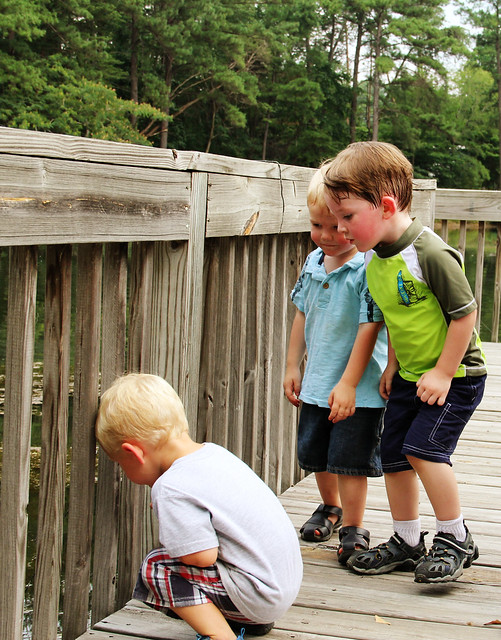 My cousin decided to let himself loose at the lake.

Klassy people, we are. 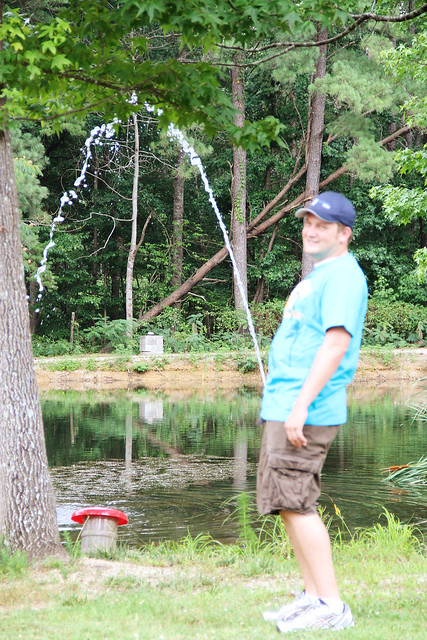 My cousin Jordan caught some fish, which all the little boys loved of course! 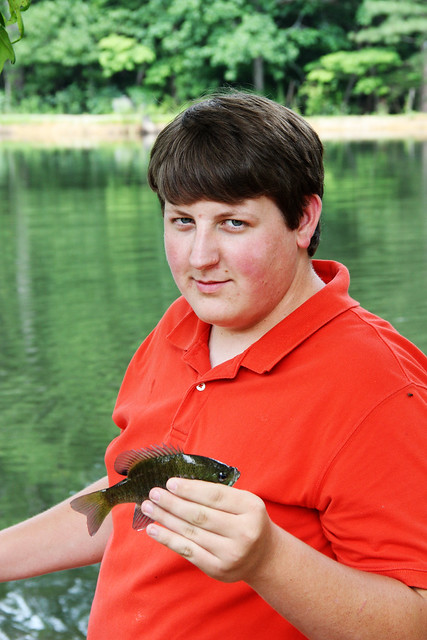 I bought myself a brand new Canon 60D last week. It’s been amazing me with shots like this one here. I am in love. I was standing about seven feet away from this dragonfly when I took this photo. Amazing. 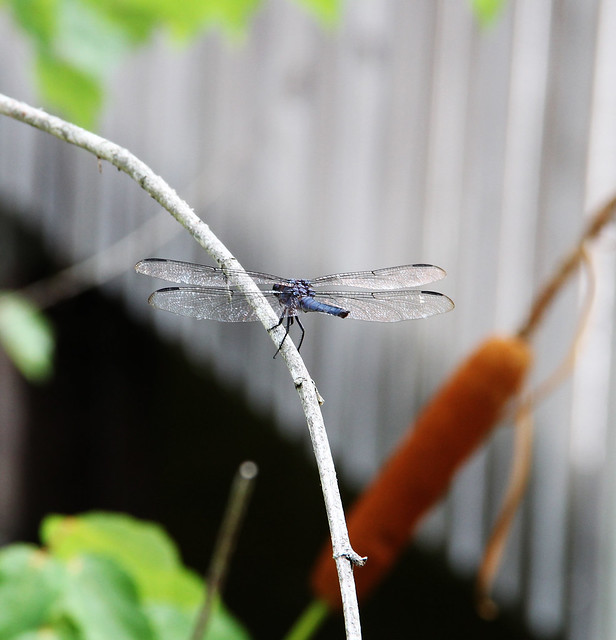 I also caught this shot from across the yard that happened so fast I would never have snapped it with a point and shoot. My cousin’s wife proved she’s still got a little cheerleader inside of her after all these years! 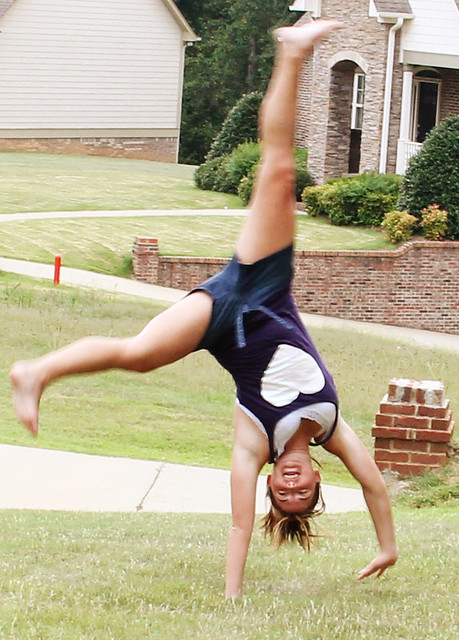 It was hot, of course, so the kids did some sprinkler jumping to cool off. 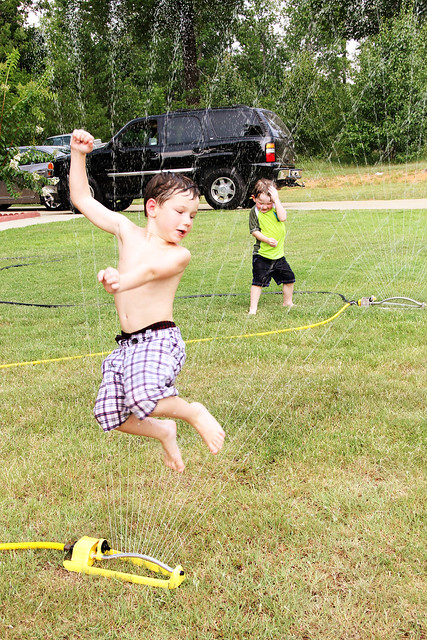 G liked these sprinklers a lot better than the ones at our house that shoot up out of the ground with pressure washer type force. These were nice easy sprinklers. 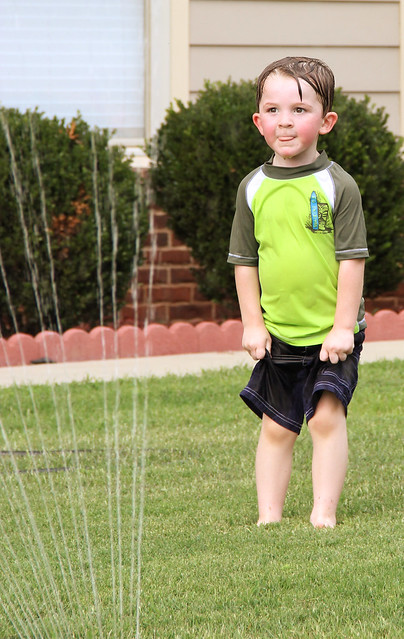 Sprinkler jumping is great exercise, as evidenced by these cheeks. Poor kid has inherited my rosy red cheeks. In the future he may be asked by a PE teacher or two to sit in the dugout and cool down instead of running a few more laps around the field with the other kids. Rosy cheeks do have their benefits. 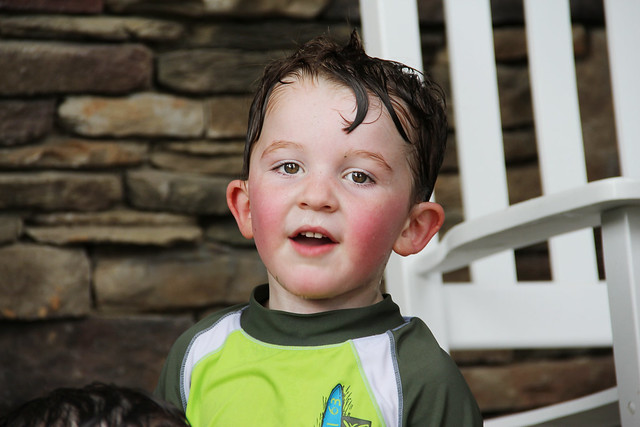 It started thundering while we were out in the sprinklers so we retreated to the porch for a Funny Face Contest. I declared this cutie right here the winner. 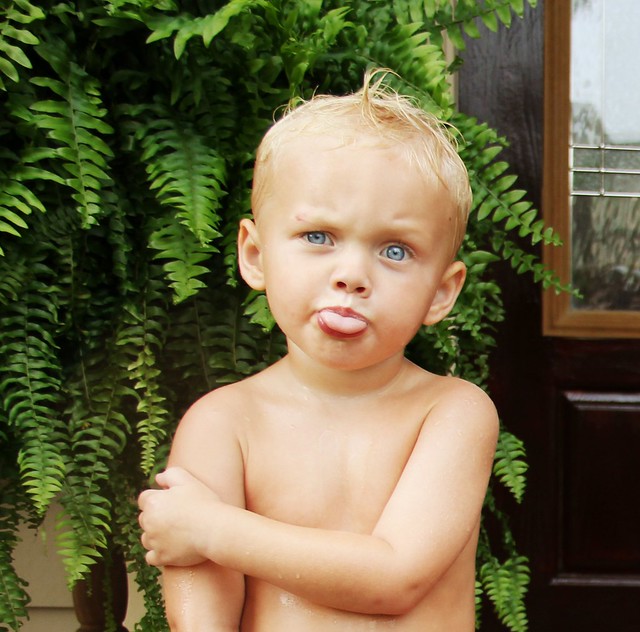 To cool off even further we all ate some of my uncle’s homemade ice cream. He seriously needs to patent this stuff. It is DELICIOUS. I wish I had eaten more of it. 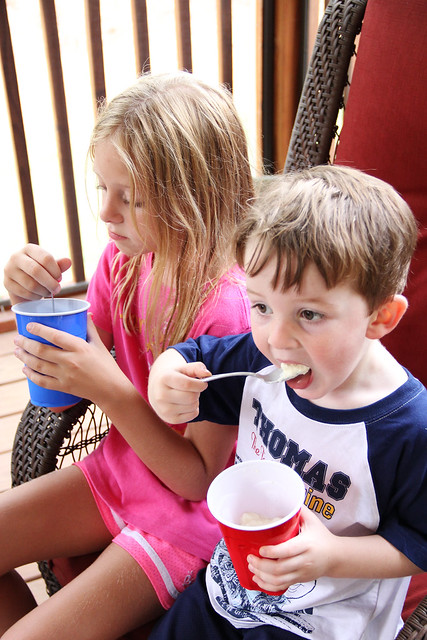 We took a family photo to commemorate the day. Doesn’t my aunt have the best front porch for group shots? I think so. The resulting photo was not too bad, considering the camera was on a self timer while propped up on top of a trash can in the yard. 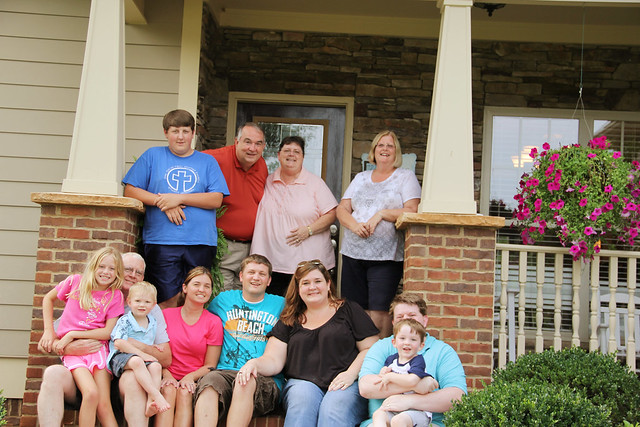 No fireworks this year for us, since they start way past Garrett’s bedtime and it was too rainy to see them anyway. That’s ok, it was a great weekend without them. 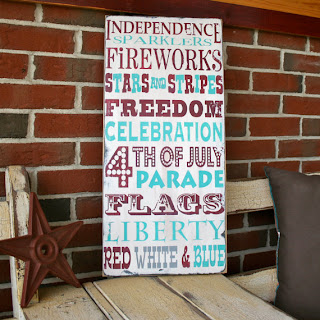 « Using Sketchup for room layouts and remodels
Garden Party No. 7 »

« Using Sketchup for room layouts and remodels • Garden Party No. 7 »

The barber shop is packed full of amazing decor, s

The Moody kitchen was one of my most favorite tran

Guess what I just found out? Home Town Takeover is

A tornado touched down at our little lake house la

Had some pancake mix that was expiring soon so I m