The lightning bugs are out in full force at my house right now.

Wait–do you call them fireflies or lightning bugs where you come from?

Here in the South we call ’em lightning bugs. Just wanted to be clear about that.

Tonight before Garrett went to bed we ran around our yard like crazy people pawing at the air trying our best to catch them. It’s not as easy as I remember when I was a kid. I’m not quite as agile or quick as I used to be. 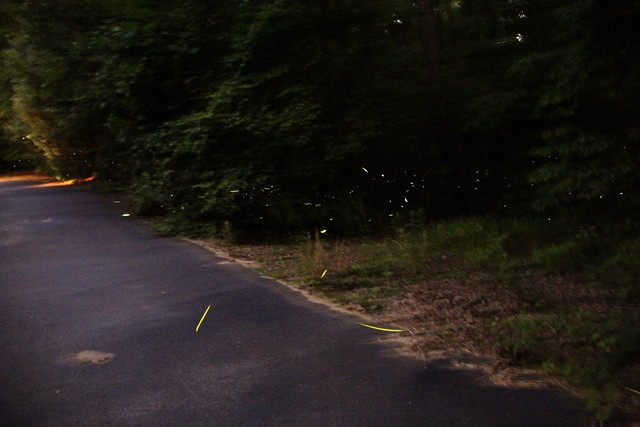 I decided to try to get a picture of them instead. 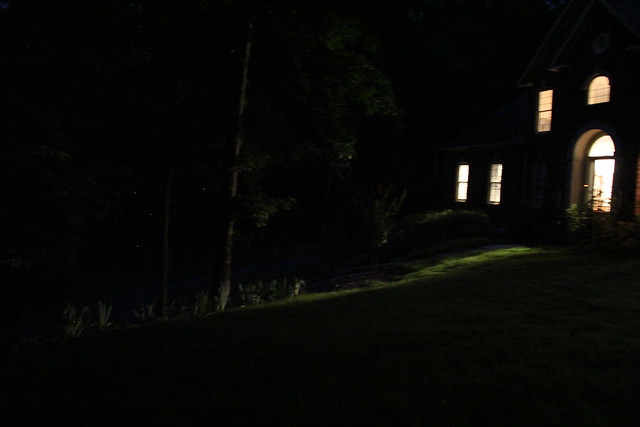 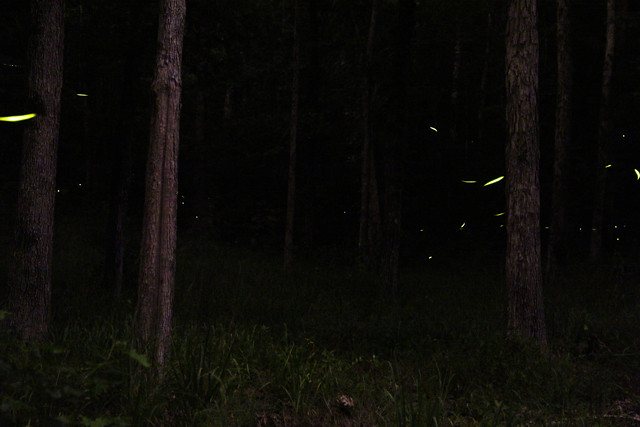 I metered on the light from the window of my house to give the camera something to focus on but I didn’t push the button down all the way. Once I heard the beep that it was focused, I moved the camera so it was pointed toward the dark woods, all the while holding the button down just halfway. Once it was pointed in the right direction toward the bug flashes I pushed the button all the way. The exposure time on these photos was 30 seconds. That means the camera sat there gathering any light inside the frame for a full 30 seconds after the click of the camera snap before it actually exposed the picture. The tripod was important for this part because there’s no way my Shaky McGee self could hold the camera steady for that long! 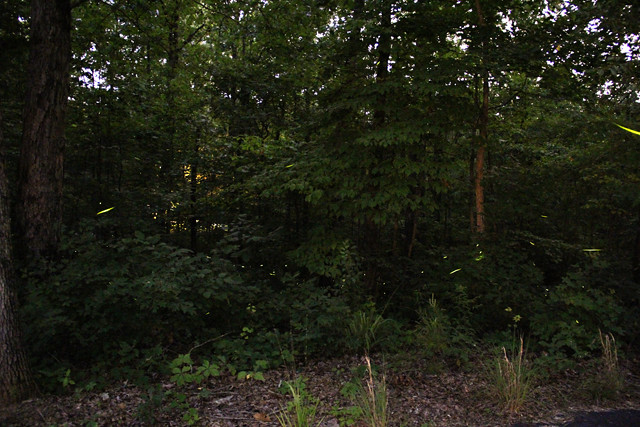 Here is an outtake photo what NOT to do. If you happen to snap the photo too soon then you’ll wind up with a really blurry crazy picture like this. That’s why it’s important to 1.) Only push the button halfway until you’re pointed at exactly what you want to shoot and 2.) Be very still. 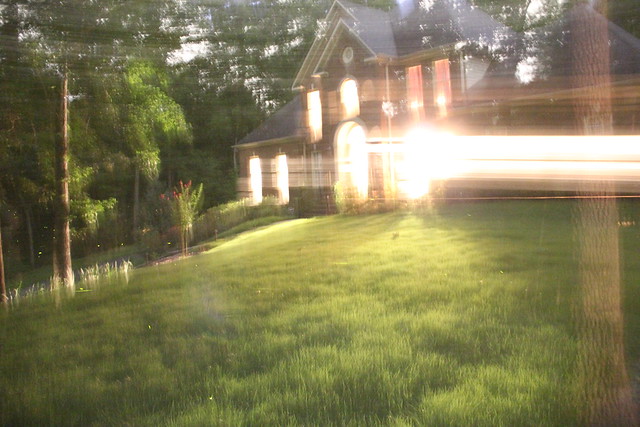 Although I might need to fool around with this a little more for some creepy ghostly Halloween shots, huh?

But yeah, for the fireflies? Don’t do that. 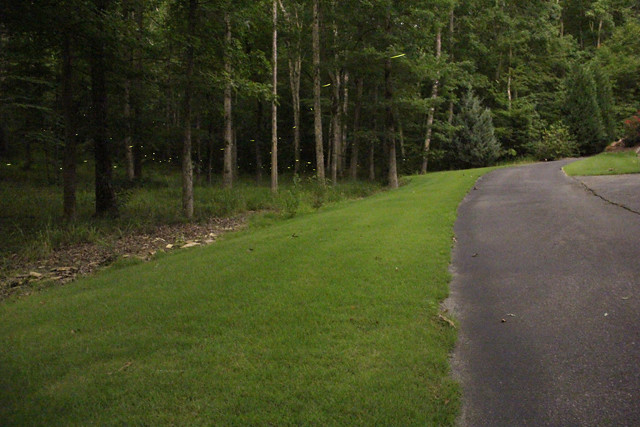 The resulting pictures are pretty cool! They are nothing show-stopping, but considering how tiny those bug’s butts are, I think these pictures are a fun way to capture the essence of a muggy summertime evening. 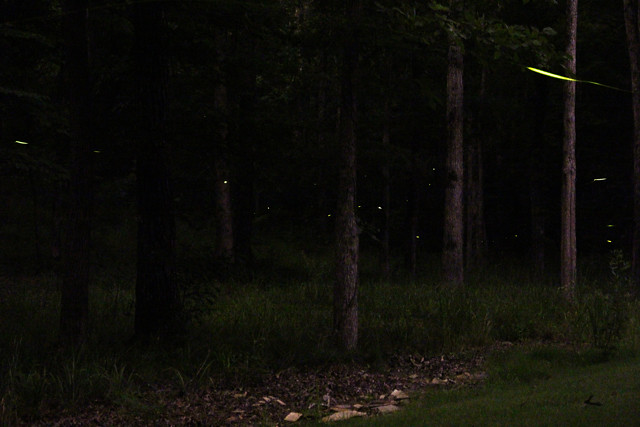 G was already asleep when I was taking these pictures. I might try again later to capture a shot of him out in the yard with the lightning bugs. But tonight I settled for a photo of the newest member of our family– my new Acadia! Say cheese! 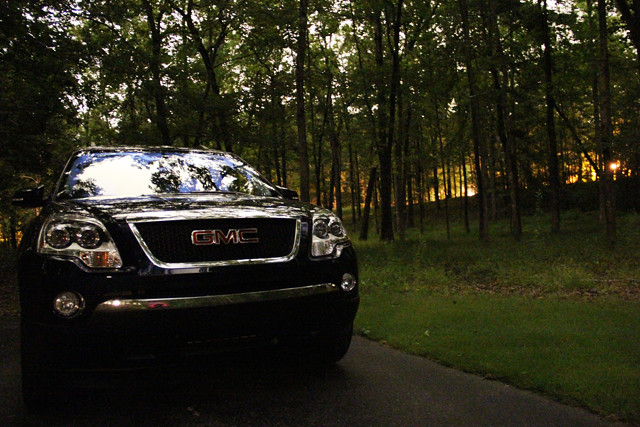 I hope you are having a great summer! It’s almost over. Don’t blink or you’ll miss it.