Saturday we headed up to Huntsville to see Keith Urban and Dierks Bentley in concert. This was J’s other 30th birthday gift. Seems like we’ve spent the whole month of May celebrating his 30th!

We headed up Saturday afternoon, stopping for lunch at one of my favorite little neighborhood restaurants, Ragtime Cafe. We also had a small pit stop at Homegoods where I purchased a few items for the back porch project that filled the entire back of my car. I even had to unbuckle Garrett’s car seat so all the stuff would fit! 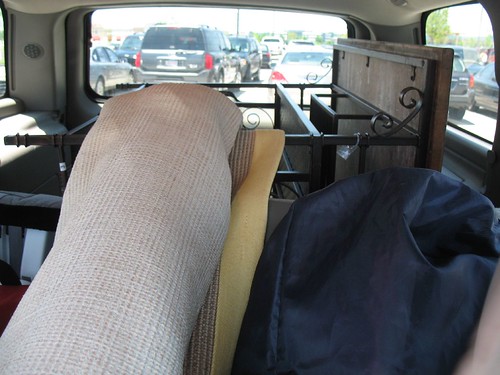 We had to ride to Huntsville with an 8 foot long rug between us the entire trip. Every time we opened the car doors the smell of rubber rug backing nearly knocked us down. It was nice. 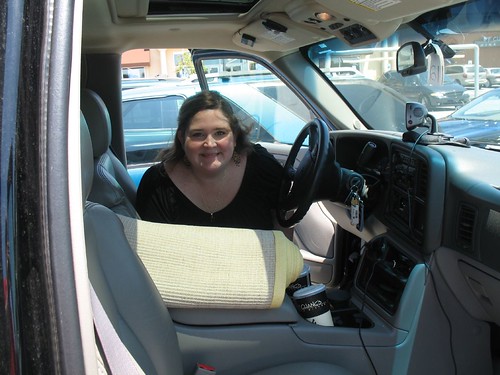 There was a wreck on the interstate north of Birmingham so we had to exit at Morris and take Highway 31 to Corner as a detour. I had some major flashbacks driving that little stretch of road, but I’ll save that for another blog entry. Finally we got to Huntsville and made our way to our hotel which was right next door to the US Space & Rocket Center. 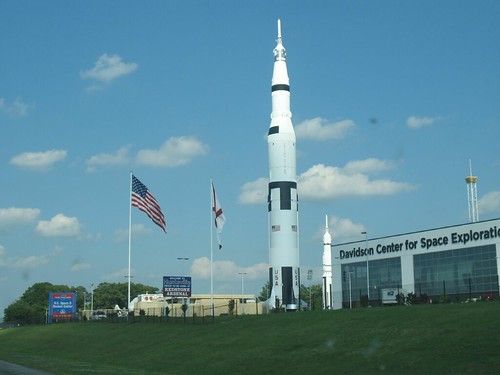 By the time we arrived in HSV, got checked into our hotel and got dressed for the show there wasn’t much time left before the concert started. We headed out to Von Braun and spent a little time people watching before the doors opened. I love people watching.

Keith put on a fine show! Dierks, too! I had seen Keith perform at the CMA Awards, but his concert was SO much better than his performance that night. Plus I didn’t get hit on by a drunk man who was eating pickles right off the condiment bar this time around.

Here are some highlights from the night:

Opening the show with some fog. Classic. Much better than the effing rock show opening we saw a few years back. 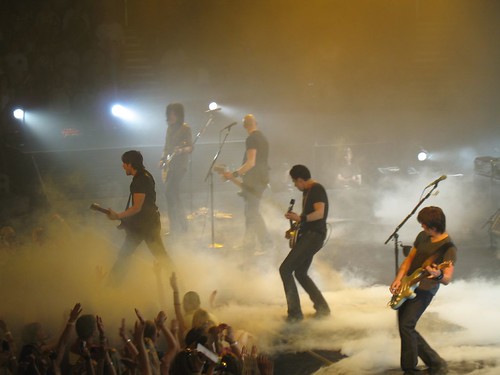 Look at this fine specimen of a man. Rowr. 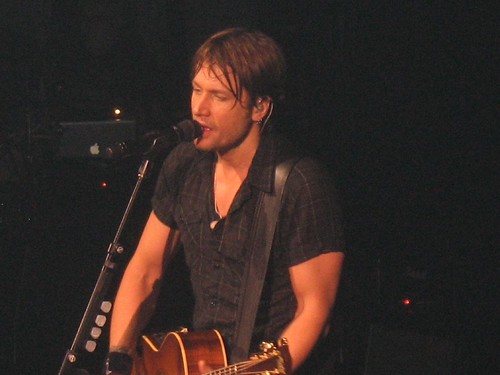 He made this limbo move all night long. Every time he did it I thought, “Oh my achin’ knees!” 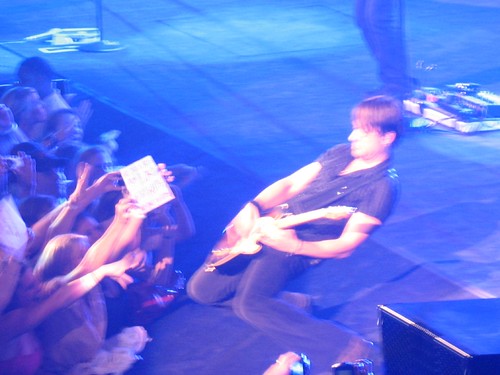 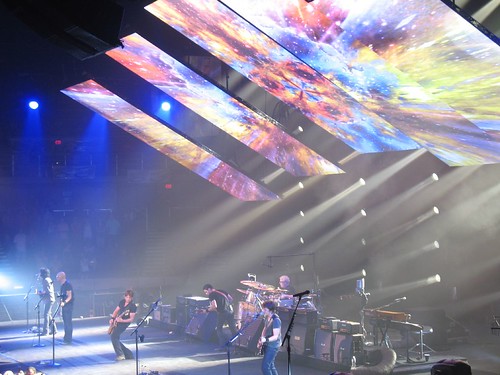 Here was the lighter I held up during the slow songs. Gotta love Zippo iPhone apps. 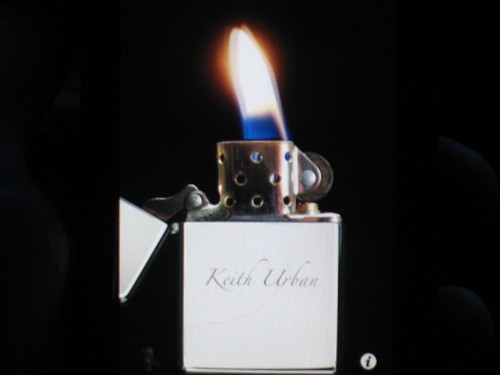 Check out the dude in the back ground with the big black hair. He totally looks like Garrett’s pediatrician wearing a big black wig. 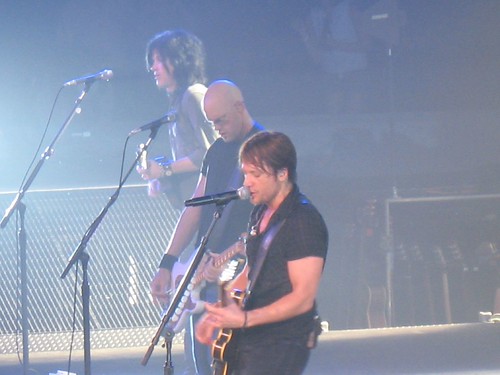 It was a packed house. I didn’t see a single empty seat in the whole place. 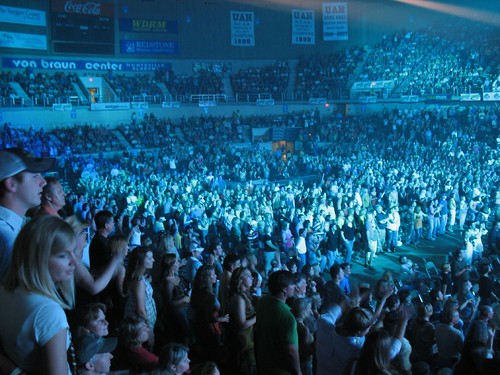 The place was so hot, it was like the air wasn’t even turned on. Everybody in the whole place was sweating, including us. 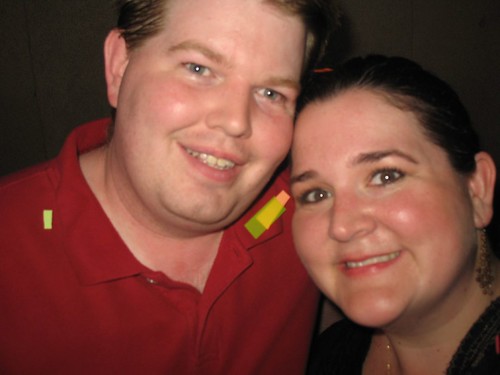 Keith sang and sweated, sweated and sang. Then he ran around the entire arena a few times, but never stopped smiling and playing his guitar. He deserved to be sweaty. I just sat right there in my chair and was dripping. 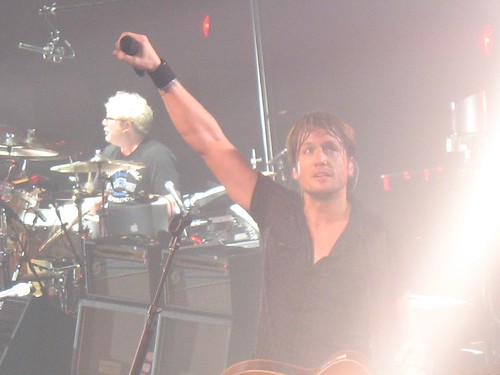 Dierks came out to sing The Eagles “Take it Easy” as a duet with Keith. Then he messed up the lyrics and Keith laughed at him. 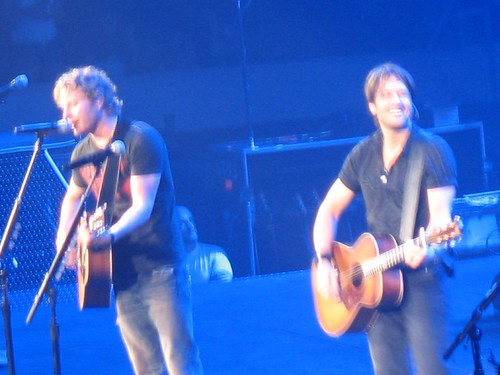 All in all, it was a really great show. He seemed genuinely happy to be there singing to that crowd of people, which makes a concert experience SO much better for everyone involved. 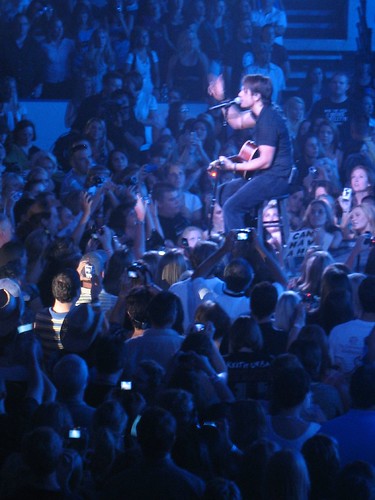 He would go out into the crowd and shake hands while he was singing, laughing the whole way. At times the security guards had to pick him up and carry him through parts of the crowd because people wanted to grab him, and he just kept on smiling and singing. He was so happy, it was infectious. 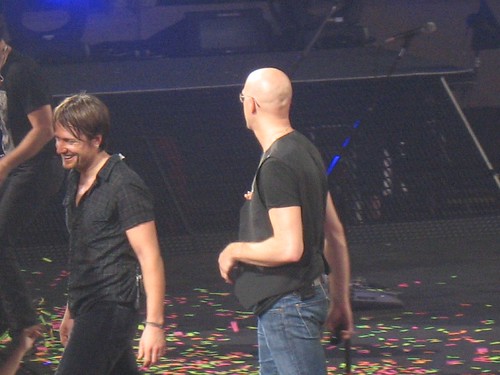 I’ve been to many concerts where the singer just stands there singing his songs, acting like he’s kind of annoyed to even be there. Those shows make me wish I could get a refund. But the best shows that I’ve ever seen were the ones who truly have a good time during the concert. And this was one of them. 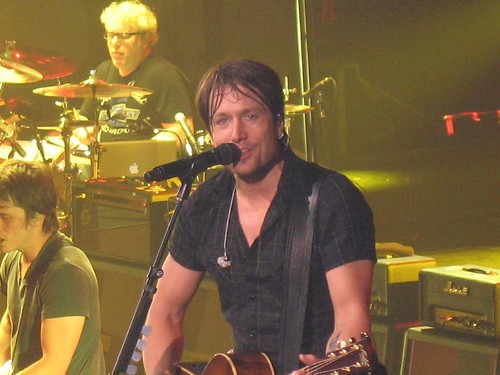 Great job, Keith! I’ve always been a fan, and now I think I love you even more!

« I stumped the Grump!
Miss Zoot »