Turns out, school field trips are just not meant to be for me and mine.

We took our very first preschool field trip yesterday. Nana and J accompanied Garrett and me to the Pumpkin Patch. We all were excited about a nice family outing and all the exciting photo ops that were to come. I’ve been eyeing everyone’s kids at the pumpkin patch pics on facebook for weeks, and finally it was my turn to take my new camera for a workout at the old punkin patch. 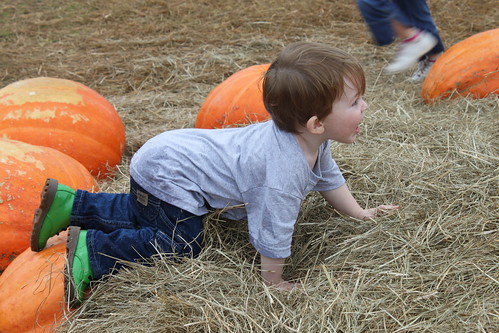 Wow, what a mistake that turned out to be.

From the start, Garrett was a BEAST. I mean a total screaming terror, whining and uncooperative over everything. It had poured rain again (big shocker!) the night before, so everything was muddy and wet. No big deal, I made a special trip to Walmart at 8:00 am for some cute green rain boots. I packed a change of clothes and was prepared for the day. I thought for sure since so many kids from his school would be there that he would follow instructions and be all cool and stuff around his classmates.

He ran around, totally ignoring all his classmates and teachers and us. As soon as we arrived he spotted the evil bouncy houses of torture across the entire 40 acre farm, and took off running straight towards them like a moth to a flame. When we tried to get him to come back and wait for everyone to arrive he started rolling around in the mud screaming.

Instead of making a huge scene J walked him all the way across the field to the bouncy houses to let him jump for a while since we were the first to arrive. But the bad news about being first in line at the bouncy house the morning after a huge rain storm? You then become the ShamWow that soaks up all the standing water that has accumulated overnight. So after a minute of jumping, Garrett’s jeans and t-shirt were completely soaked and J was pretty drippy himself. I gave them about 10 minutes of jumping time and then saw that the rest of the school was arriving so I headed over to help herd Garrett back with the rest of the kids.

And it was all down hill from there.

He cried over everything, and refused to listen to anything we said. When all the kids gathered for a nice photo op with the hay and pumpkins, Garrett decided to go buck wild and take a roll in the hay.

Let’s play the “Which One Of These Do Not Belong” game. 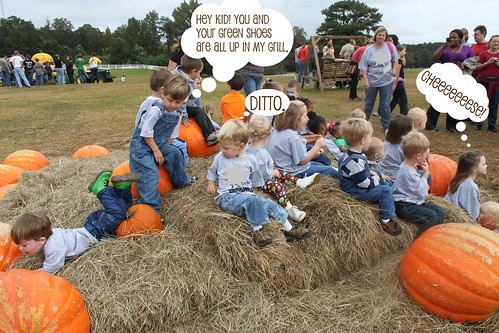 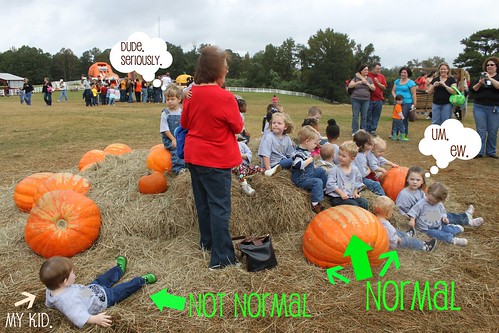 Then he decided to play Proctologist with the pumpkin: 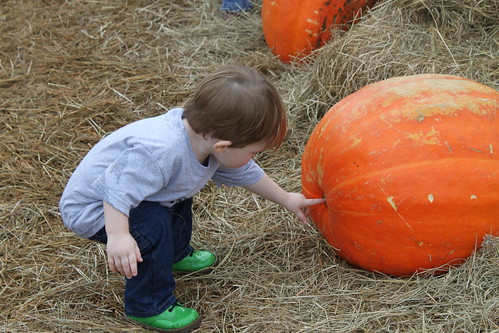 Then there was a rare happy moment: 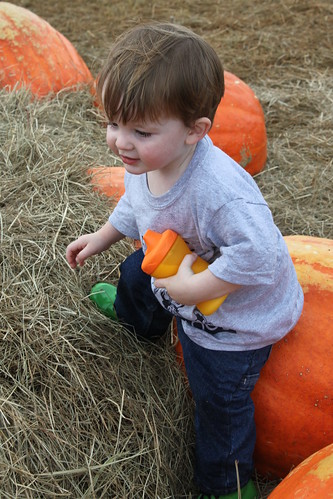 Then it was time to go get in line for the tractor ride over to the back of the farm to the pick out a pumpkin. Which meant “OH NOES!!! We have to leave the haystack behind! The HORROR! And everyone got to witness another meltdown.

On the way over to the hay-ride there was another rare semi-happy moment: 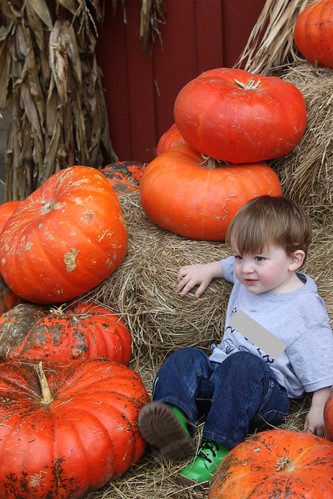 And then we went right back to meltdown mode.

J spent a lot of time picking Garrett up and throwing him over his shoulder to get him to go anywhere. Which then resulted in Garrett pitching a fit and slinging his head around and clocking J right in the jaw or ear or nose with his big hard noggin. Then we got to see this face: 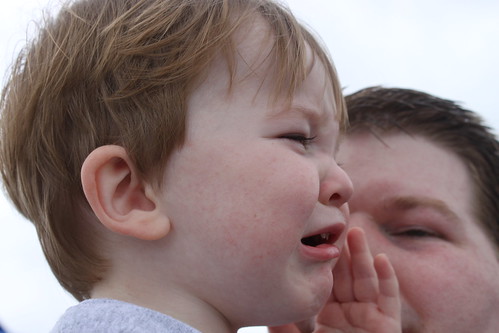 Finally we all got to ride the tractor over to the pumpkin patch. 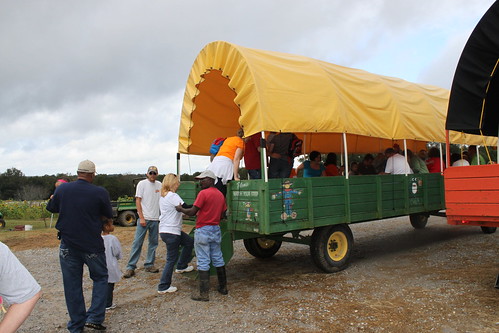 Say hello to Miss Sheila and her girls! Aren’t they a beaming ray of sunshine in our otherwise dreary day? 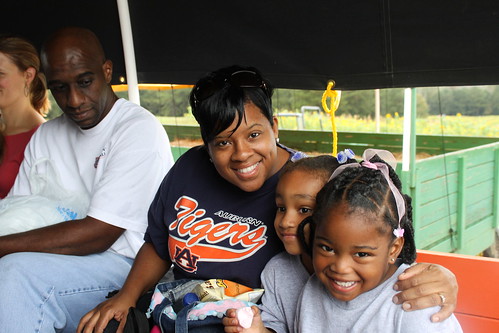 The hay ride was the best part of the day. He liked that. 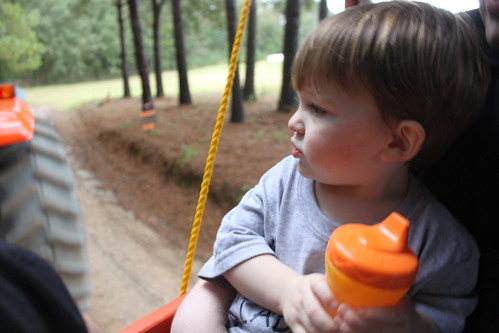 Too bad it only lasted about four minutes. 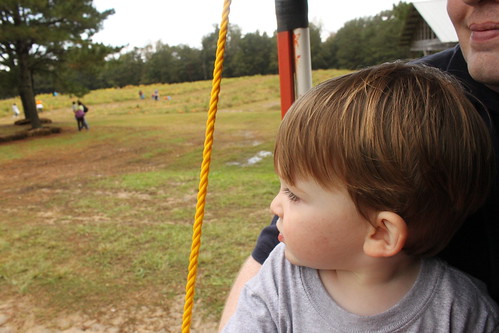 Then we got to the patch, and he took off running right into a huge briar patch. 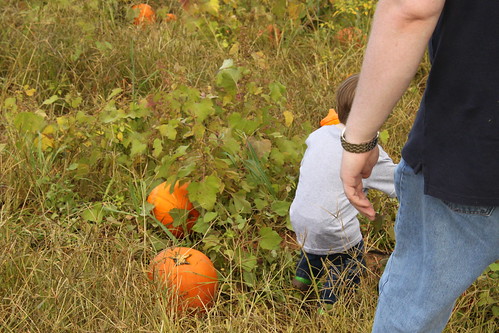 And that’s where my photos will end, because we spent the rest of the time at the patch trying to keep him out of the briars that were covered in big prickly burr things that got ALL over his shirt, so of course he was freaking out about the burrs poking him.

We wound up taking his shirt off in the middle of the field while he screamed and all the other kids and parents just stood there looking at us with one eyebrow raised in horror and amazement.

It was so humiliating. J was dripping sweat and I was just DONE with this field trip so as soon as we got off the tractor ride back to the other side of the farm we headed straight for the car and left.

I swear, you guys.

Where did my sweet baby go?