Since he’s so obsessed with Thomas the Train these days, I decided to dress Garrett as his favorite cheeky little choochoo for Halloween. Like my friend Kent said, I’m totally enabling his addiction.

I dressed up as Sir Topham Hatt. But instead of being called the Fat Controller I prefer the Unskinny Controller, thankyaverymuch. 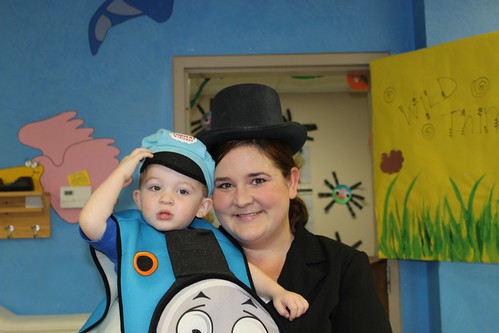 I decided to deck out my trunk with a Thomas theme to match G’s costume this year. So I got to cutting and pasting some cardboard and came up with a little Thomas replica that I hung from the hatch handle. I had to channel my inner frat boy and duct tape him to the igloo cooler to keep him from falling over during the festivities. 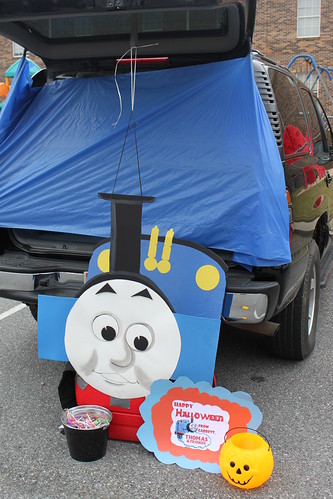 Garrett was so excited to see Thomas on my car. And on his chest. 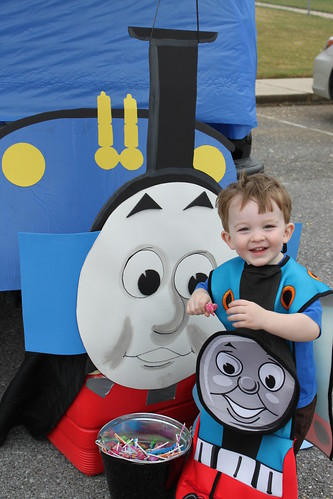 Not to mention all the candy in the bucket just sitting there waiting for him to tear into. It was his dream come true. 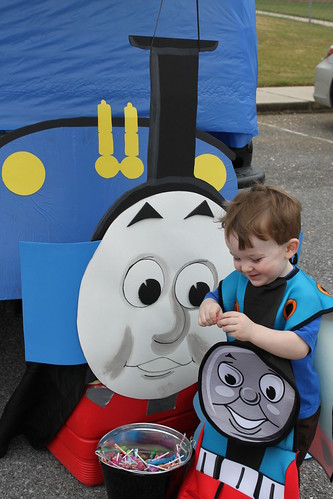 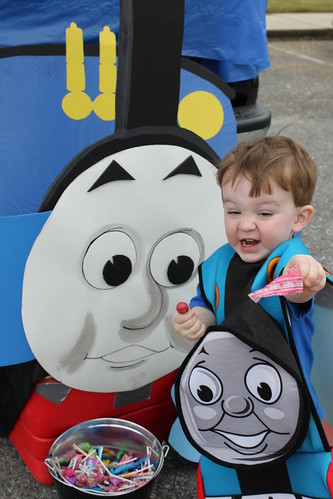 He was a happy little trunk or treater that day. I think I made a good call when I grabbed that outfit off the shelf at Walmart. It was a hit.

And so were the lollipops. I think at one point he had three in his mouth. 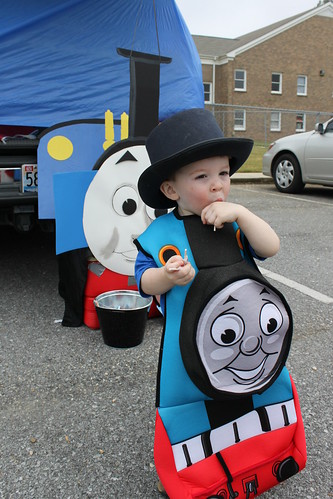 After Trunk or Treat was over we went inside the church and watched the kids sing some songs and finish up their chapel lesson on Noah’s Ark. The kids were asked to bring a pair of socks or gloves to donate to a local charity. When I told Garrett to lead his gloves two-by-two up to the ark he gave me his best “Whatchu talkin’ bout, Willis?” side-eye. 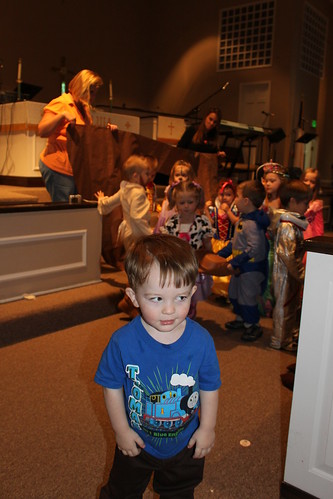 We’ll try to work on that whole benevolence thing.

« Redemption
Whatever happened to my Transylvania twist? »

« Redemption • Whatever happened to my Transylvania twist? »