I guess since it’s nearly December I should post the Halloween blog entry, huh? Yeahhh.

I picked out the cutest Tow Mater outfit for him. I searched high and low to find it on the internet because I couldn’t find it in stores anywhere. Finally I bought it on ebay and spent way more than I should have on any Halloween costume.

It arrived. And Garrett would have nothing to do with it. He refused to wear it. In his words, “Where’s Lightning McQueen? I WANT LIGHTNING MCQUEEN!!”

And that was the end of that costume. Here are the two best photos that I got of him wearing it right before he snatched it off and it became a distant memory. 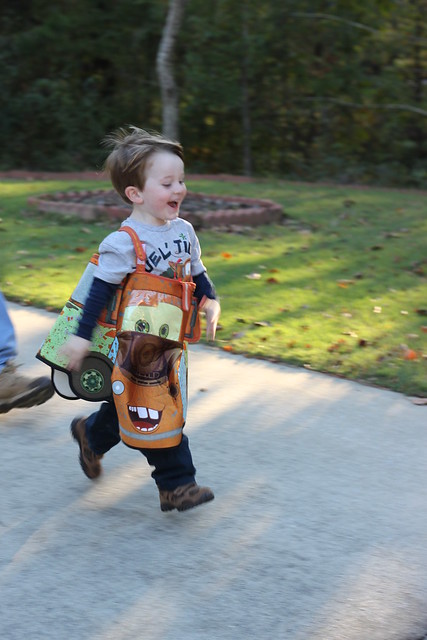 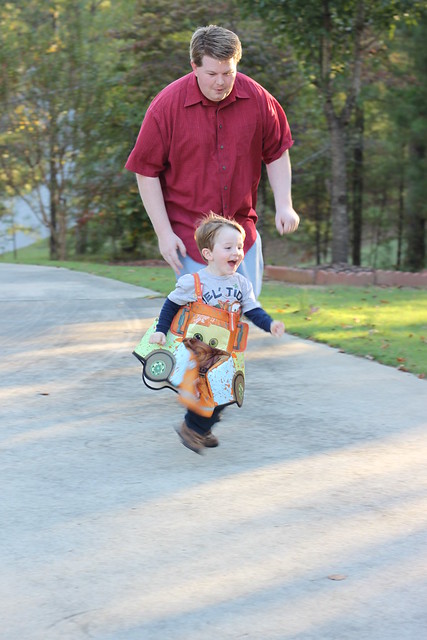 Cue the backup plan…. Woody to the rescue! Here’s my story about the Woody costume. I planned for him to wear his new Timberland boots with his costume. On the morning of the Trunk or Treat I threw everything in the car, threw his costume on and strapped him in with no shoes on like any other day. What? Don’t you know it’s easier to put shoes on when he is already strapped into his seat? We got to school, and I went to put his shoes on. But they didn’t fit. I tried every which-a-way to squeeze his foot into those boots, and it just wasn’t happening. So, I sent him inside to his classroom while I rushed home to get him a pair of shoes that would fit. Of course it was like 50 degrees that day and my kid was at school in nothing but his socks. So really I guess his third outfit for the year could have been Shoeless Joe Jackson. 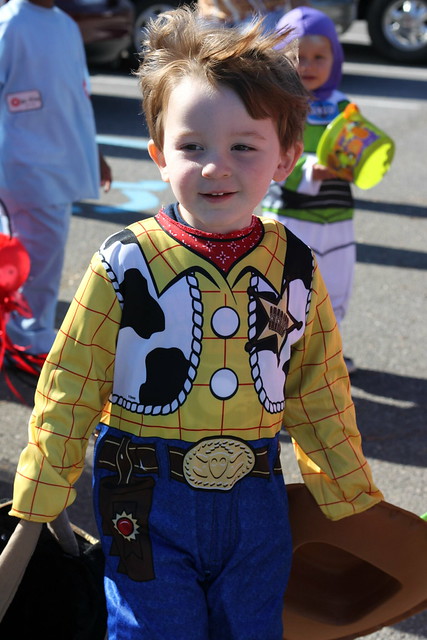 It was such a crazy day, but everything turned out just fine once the candy started flowing. 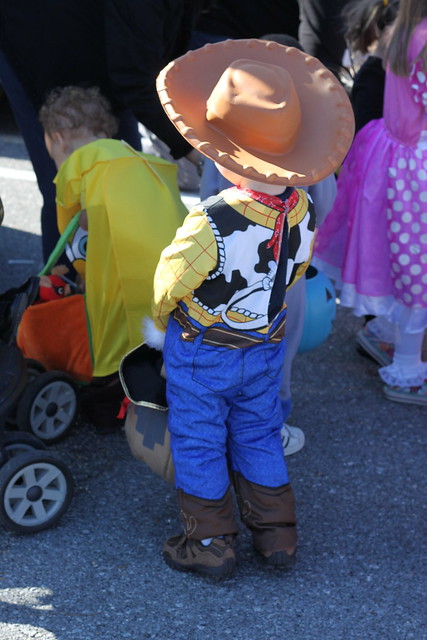 He loved this costume! The hat wouldn’t stay on when the wind blew hard, but it didn’t stop him from making an excellent Woody for his school Trunk or Treat. 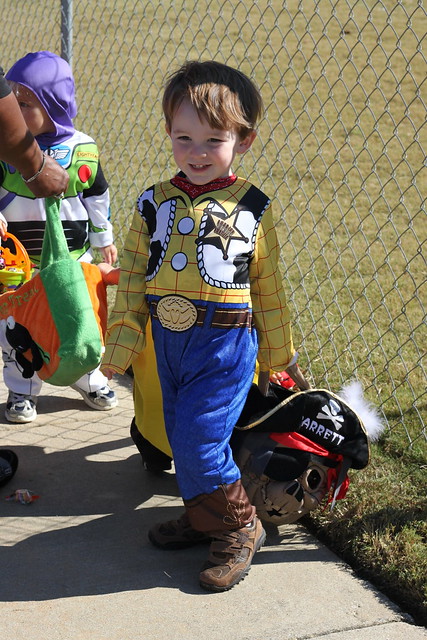 His best little buddy in his class dressed up as Buzz Lightyear, so together they made quite a team! 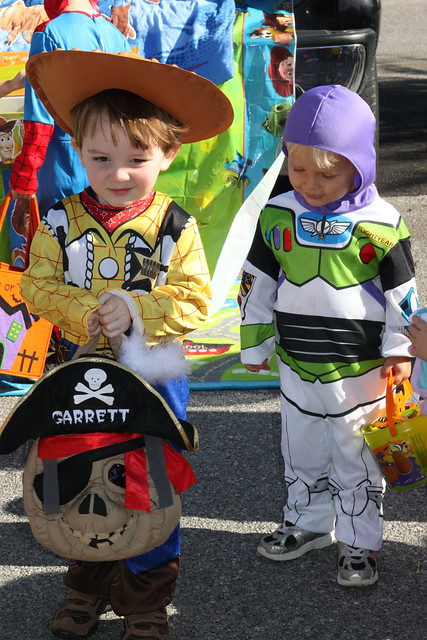 In keeping with the whole “decorate the car to match the costume” theme we went with a Toy Story themed trunk. It was a huge hit with the kids! I try to avoid the super scary Halloween decorations for the preschoolers. I don’t want to give them nightmares. 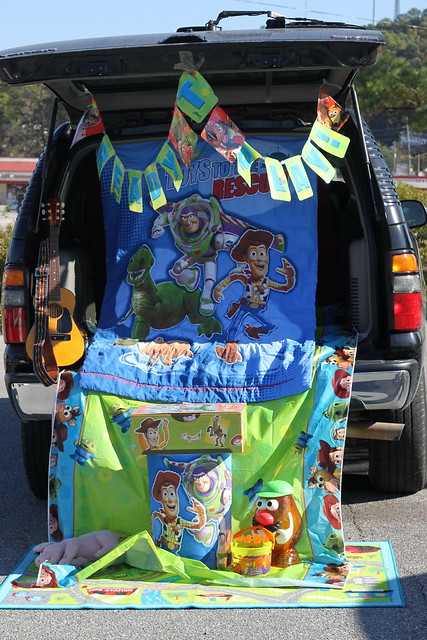 Nana gave us a Toy Story bucket to match his outfit, but instead of using it the normal way he wore it as a hat. He wanted to use the pirate sack with his name on it instead. I love my little bucketheaded baby. 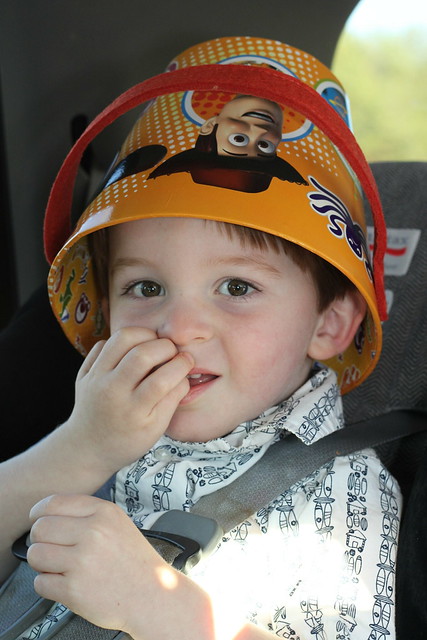 We went to my niece’s elementary school carnival where he continued his tradition of winning a cake in the cake walk. He is such a lucky little dude! On the day before Halloween we took advantage of the Publix Halloween party! Publix had little stations set up all around the store where kids could get candy and participate in fun activities. 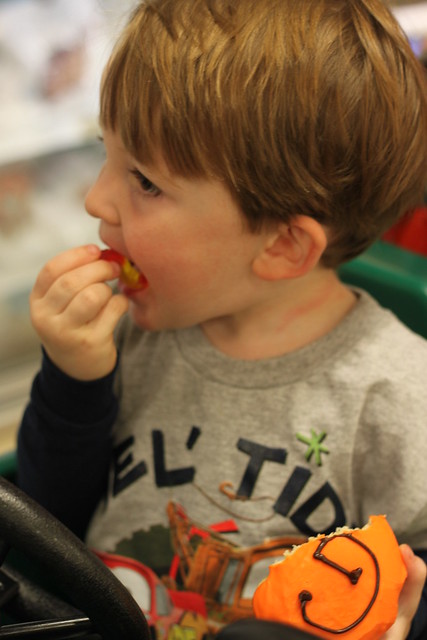 And fished for candy in the seafood department. 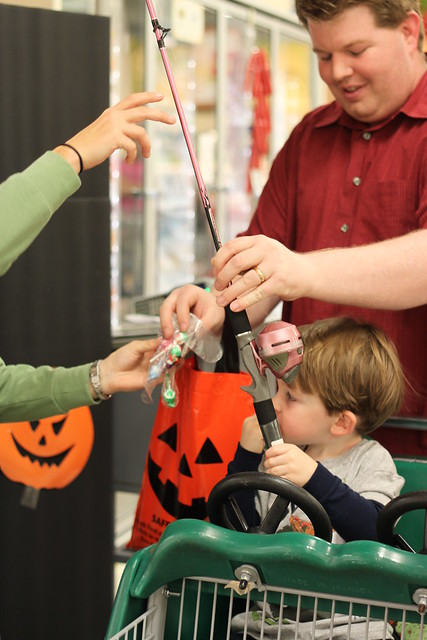 There was a putting green in the fruits and veggie department and more candy in the frozen foods and the pharmacy. It.Was.Awesome. Best way to spend a lazy Halloween eve.

Instead of TOT’ing on Halloween night we attended a local church carnival where he spent the whole time playing on the playground. All those games and prizes and fun things to do, and we spent the entire time in the bouncy house and the playground.

For this event he dressed as Highwater Boy. 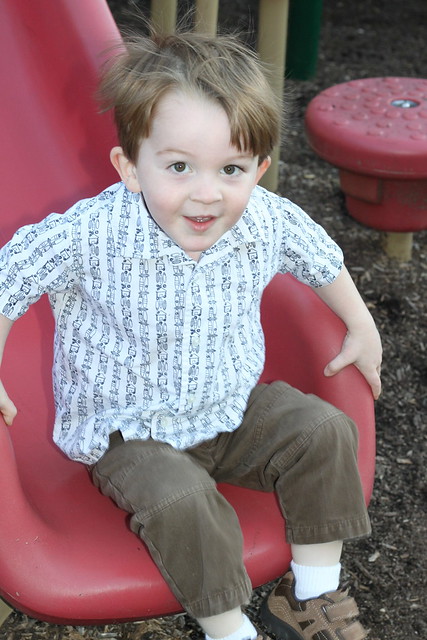 But that’s ok. He had fun, and that’s all that matters. 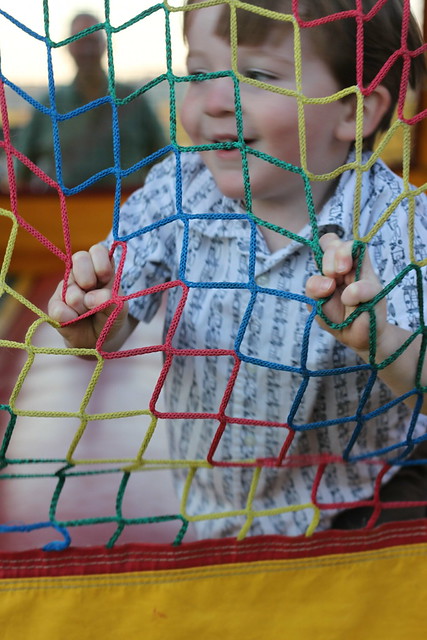 « Creating a Haven of Organization
Tales from the Playroom »

« Creating a Haven of Organization • Tales from the Playroom »