Wouldn’t you know that on the day I forgot and left my camera at the office Garrett’s butterflies decide to hatch?! Figures. 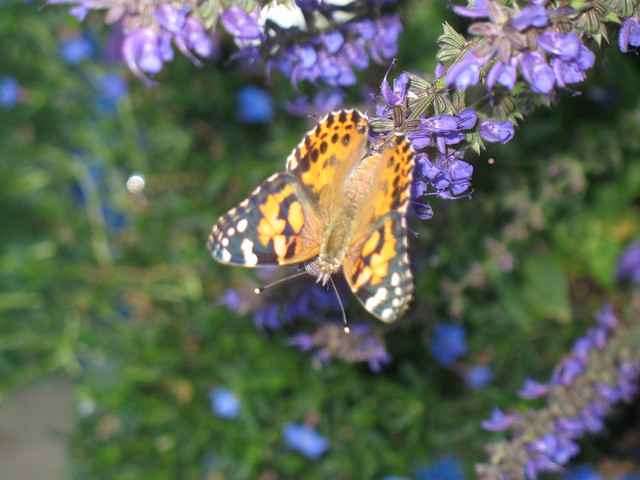 But thankfully I had just excavated my trusty old point and shoot from the hoarder-esque trash pile that is my back seat floorboard, so I was able to capture the moment. 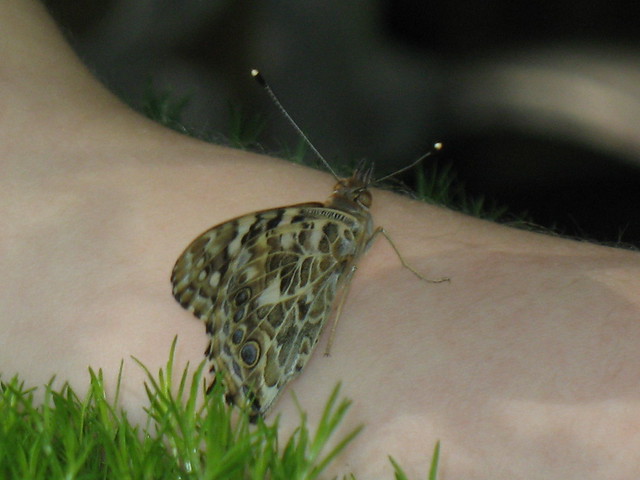 Remember a few weeks ago when I told y’all about the caterpillars I bought from insectlore.com? Well they’ve finally arrived and we had a big coming out party for them this afternoon! 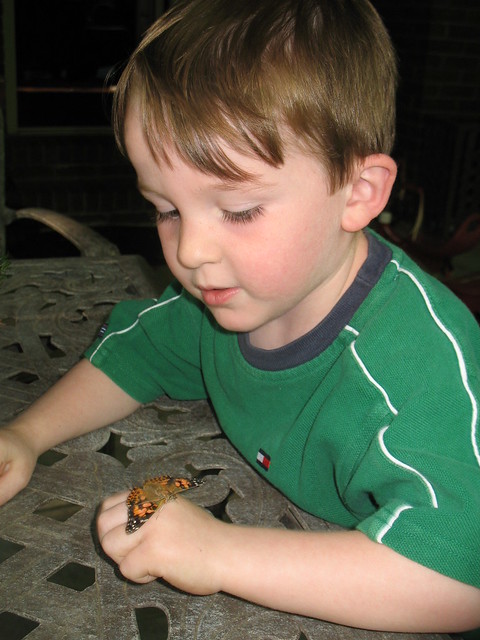 I’d like to introduce you to some of the newest creatures birthed in the Boppy house. 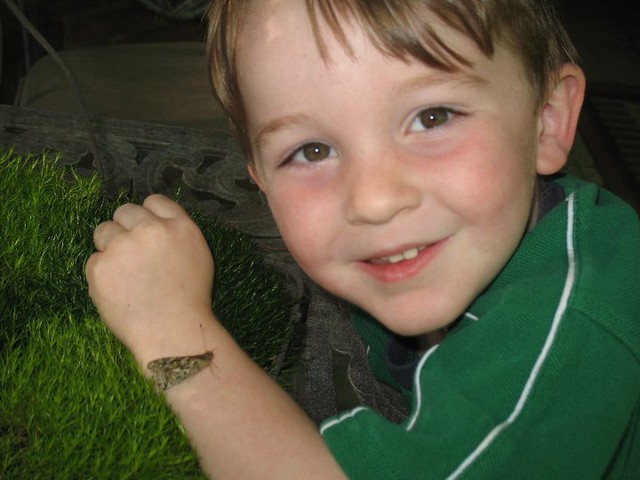 Garrett named them Gake (like Jake with a “G”), UncJo, JoJo, Hank and UP! I have no idea where he came up with those unique monikers. Somewhere from the depths of that ginormous imagination that I love so much. 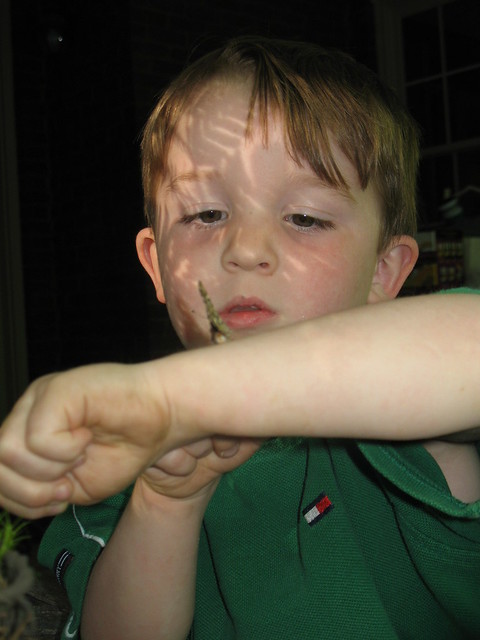 I thought UP! was a very appropriate name since one of them took off flying away as soon as we pulled him from the butterfly garden. That kid was ready to go!

He’s probably somewhere in the neighbor’s yard getting slizzard on some azalea juice tonight. 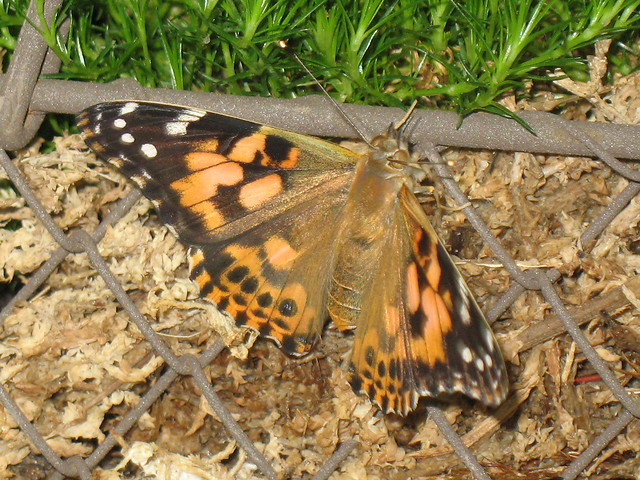 No photos of them all together, but here are a few that we set free today in our backyard flowerbeds. 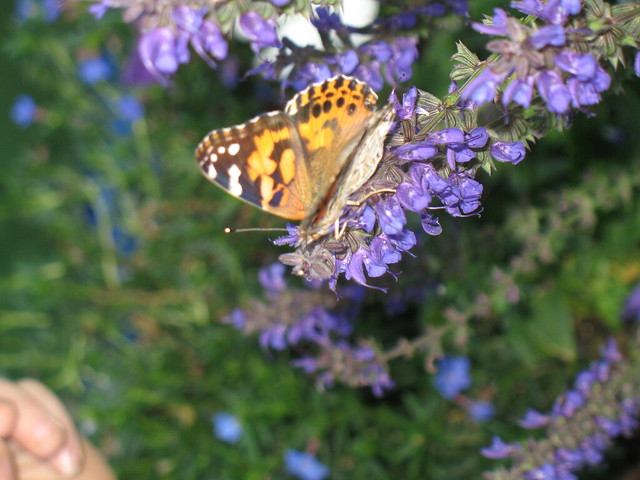 We are still waiting on one to hatch out of his cocoon. 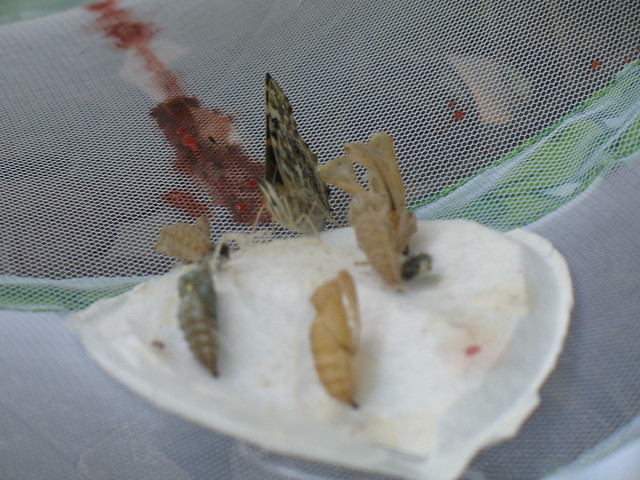 And just as a keeping it real warning– that red stuff dripping down the sides of the net looks a lot like blood, but according to the website it’s meconium like all newborns poop out on their first day in the world. 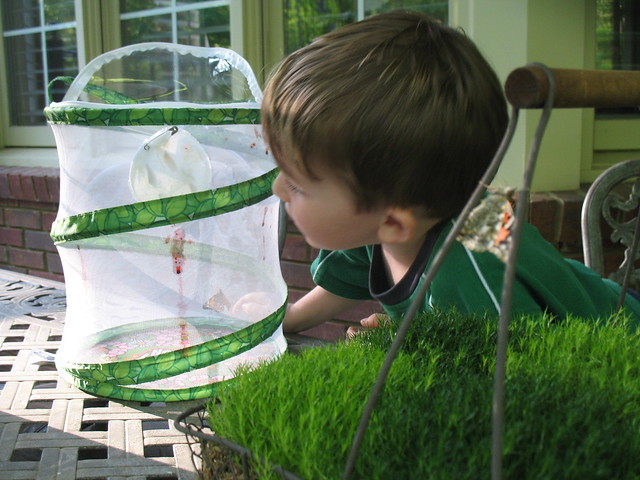 It’s not very nice looking stuff, so prepare for your kids to ask some questions if you raise some butterflies! 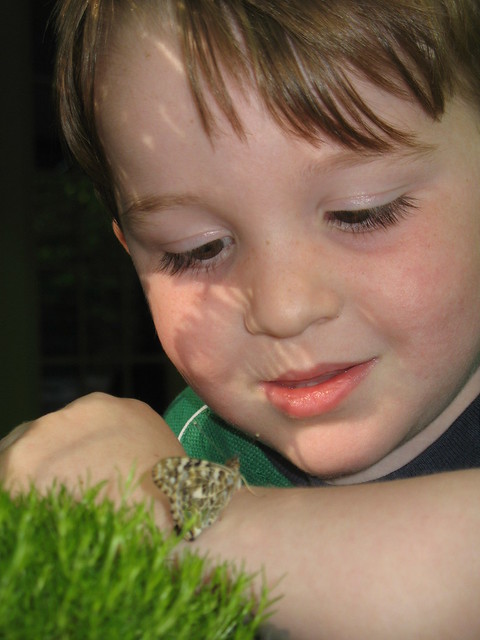 But the butterflies themselves are just as cute as can be so the yucky stuff is easy to overlook. 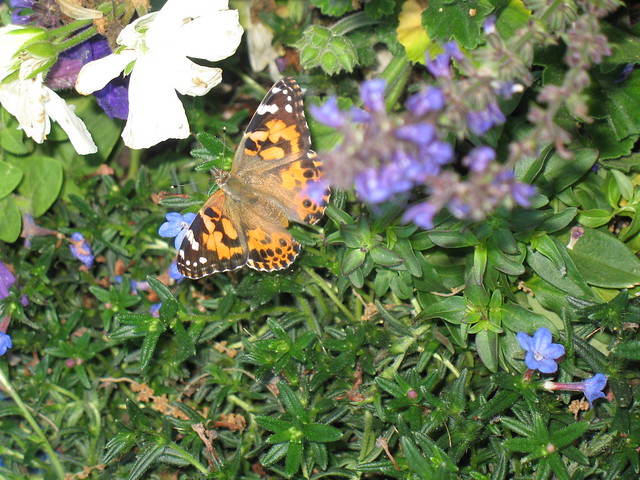 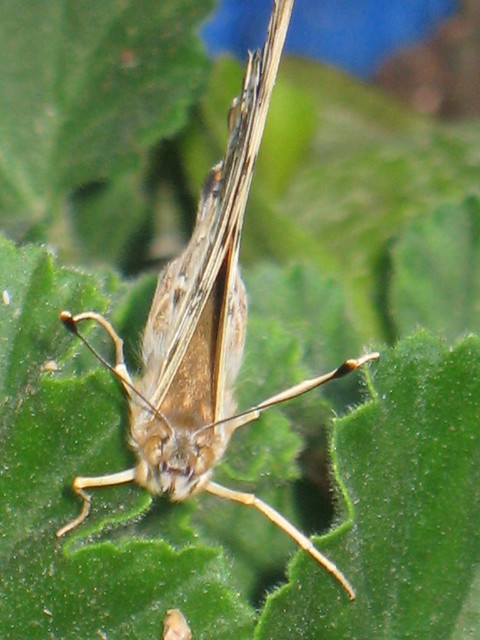 This project was SO much fun and so educational for Garrett. I love watching him connect the dots on things and understand the world around him. He’s like a little sponge right now, and I’m trying to help him soak up as much as he can. 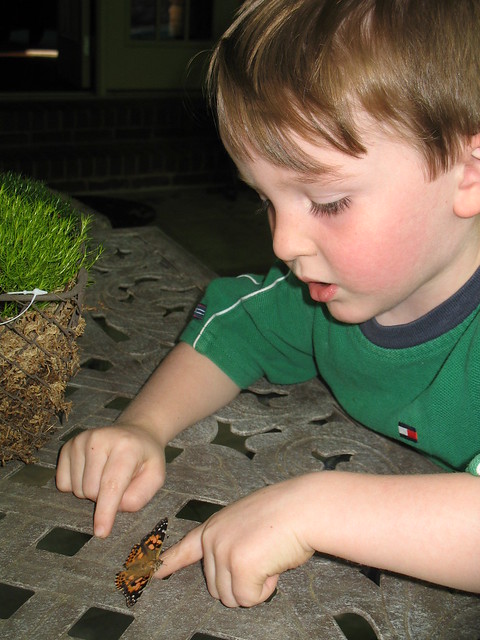 He was so gentle with them. It was just amazing to watch. I think I enjoyed this project just as much as he did. If you are looking for some fun ideas to help your kids explore science and nature, this is definitely something I would recommend! 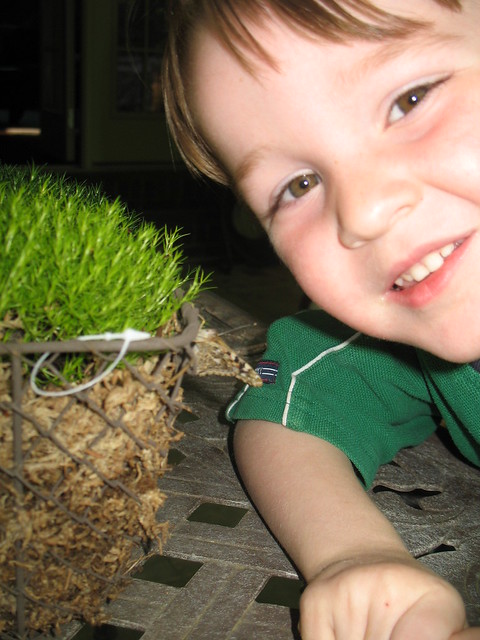 Now the question is– should we grow frogs or ladybugs next?

Have a Holly Jolly Christmas!⁣ ⁣ Find tons of

The hygge is strong with this one... Find tons of

This pretty Christmas star.... still one of my fav

What is about Christmas lights that make everythin