I finally got around to hanging this photo of Garrett from last winter in this super funky and rustic beadboard picture frame that I bought from Southern Accents last year.

Why did it take me so long you ask?

Well, here was the hold up.

This frame had no hardware and no glass in it. It was custom made by the guys at Southern Accents in Cullman so it wasn’t hang-ready when I bought it. So my lazy self never got around to adding hardware and hanging it. Secondly, it has 10″ x 10″ sized hole, so it’s not exactly a standard size. I ordered an 8 x 8 photo for it with intentions of buying a matboard and doing it the “right” way.

Well, the right way was boring, so I never did it. I just leaned this frame in random spots around my house because it’s cool enough to stand alone as a work of art! 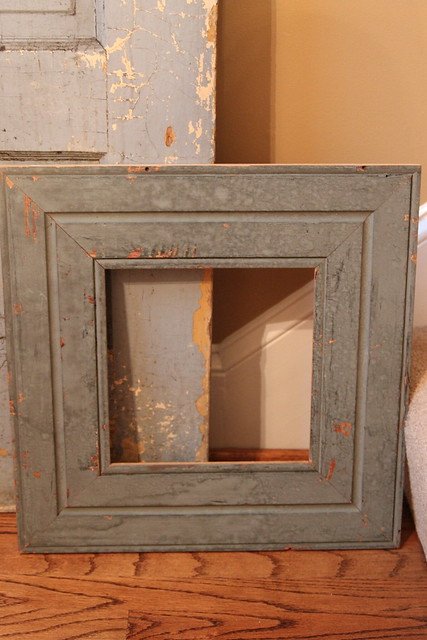 But last week one of my good friends gave me the best idea for using this frame without exerting too much effort waiting on the right size mat. Lisa at York Designs (who really needs to blog a lot more often because her style is out of this world FABULOUS!) showed off her nursery pictures recently. She had bought a unique old picture frame, too. Instead of matting it, she had strung a piece of artwork on a wire with a clip.

And bingo! Light bulb went off! That was how I would work around my empty frame dilemma!

So here is my interpretation of that idea: 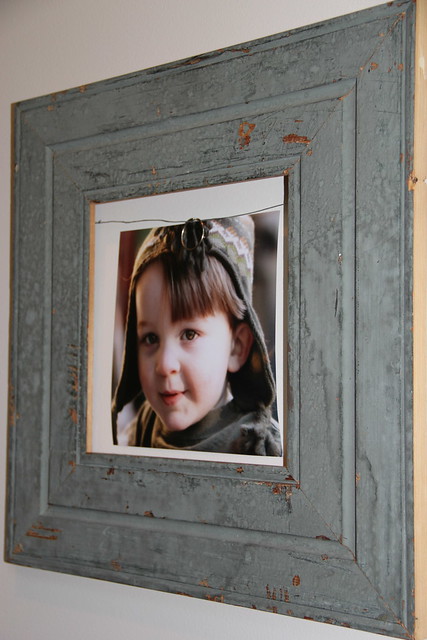 I didn’t have any clips lying around so I used a key ring. I thought it looks pretty good! 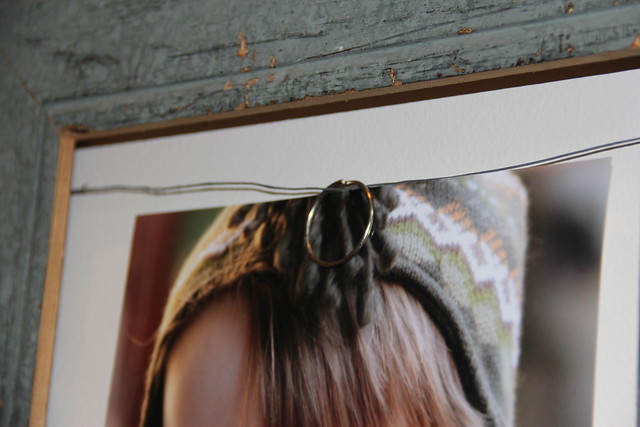 I used one wire to hang it and another wire as a guideline to string the photo, and that’s it! 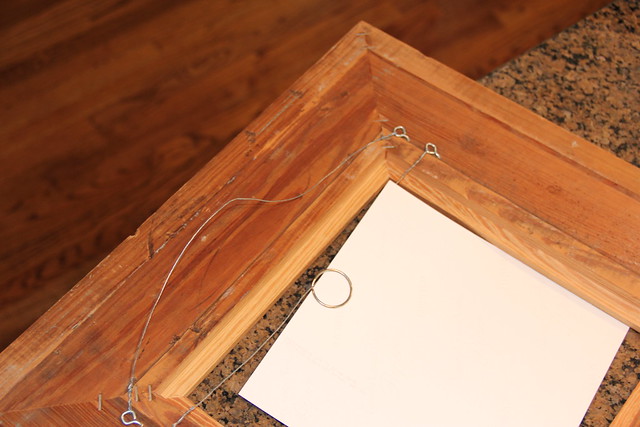 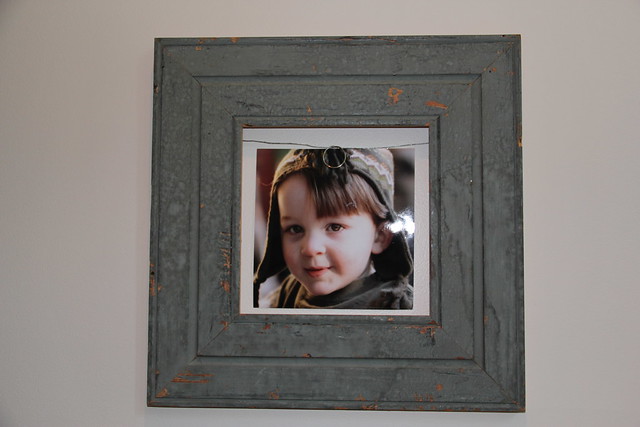 « Steubenville pottery and a camera tripod – my Thifty Treasures!
The Basement »

« Steubenville pottery and a camera tripod – my Thifty Treasures! • The Basement »