Actually, there is nothing particularly patriotic about this cheesecake, except for the fact that it makes me want to stand up and salute it whenever I take a bite.  This is a great recipe to throw together in the summer when cherries are in season and you want to impress your family members with your mad fresh cherry recipe making skills.  Not a mushy maraschinos in sight!  I found this recipe after Garrett wanted to taste the fresh cherries in Publix one day and I wound up buying a whole pound of them.  Then I got home and was all, “Well what do I do with them now?”  After quizzing my facebook page I started searching Pinterest for cherry recipes and came across this beautiful recipe for creamy chocolate cherry bars.  I decided to try it out but used a storebought pie crust instead of making square bars.  To tell you just how delicious this chocolate cherry cheesecake recipe really is, let me say I  have made TWO of these desserts in the past two weeks to take to family dinners and this is the only piece I could save to take a photo of because all of the other pieces were devoured. 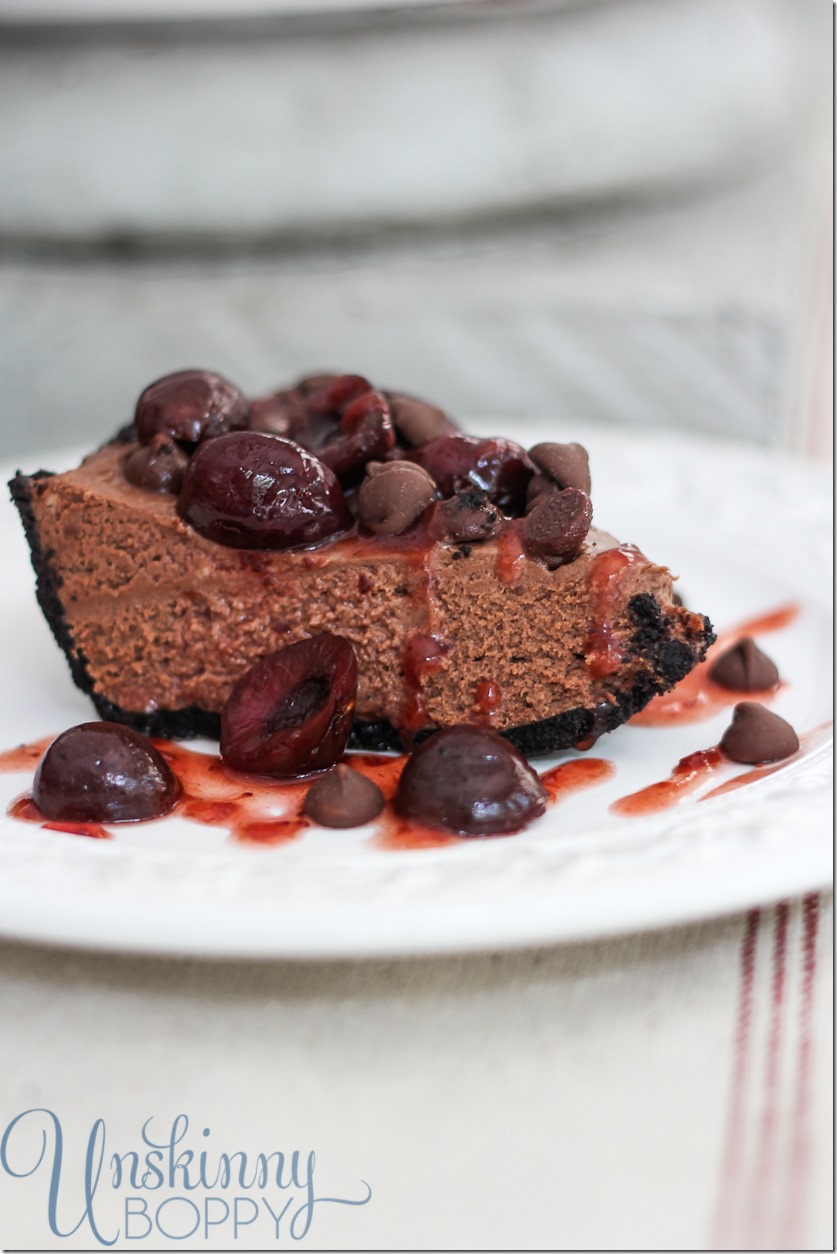 I don’t even have a photo of the whole pie, just this one lonely leftover slice.  Just to be safe I photographed it from all angles.  You know how I just said on my facebook page last week that ain’t nobody got time to be a food photographer?  Well, ok.  I lied.  Apparently I do have SOME time for it.   But only for really great food.  Not all that rainbow of artificially colored junk. 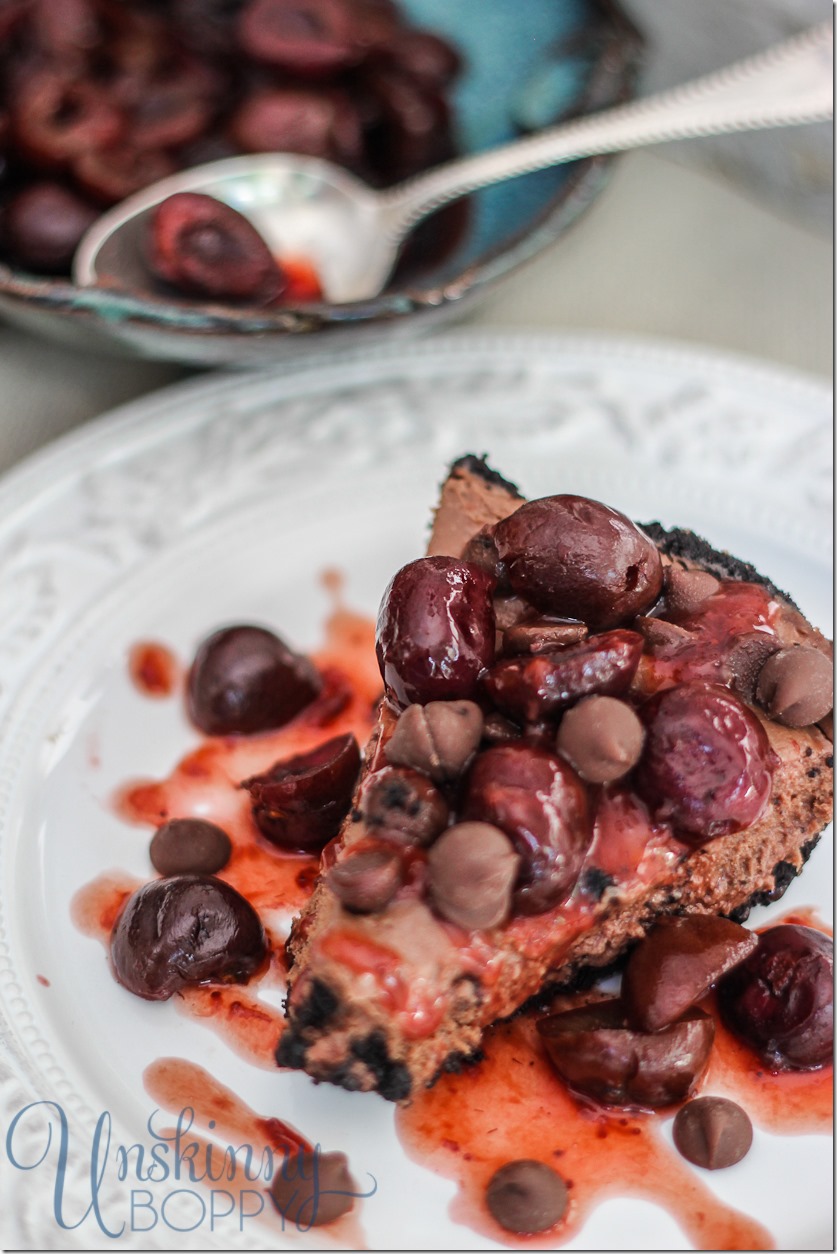 Since the Fourth of July is coming up fast, I really wanted to incorporate some red, white and blue into this shot to make the cheesecake recipe more patriotic, so I put the leftover cherry topping in a blue bowl. 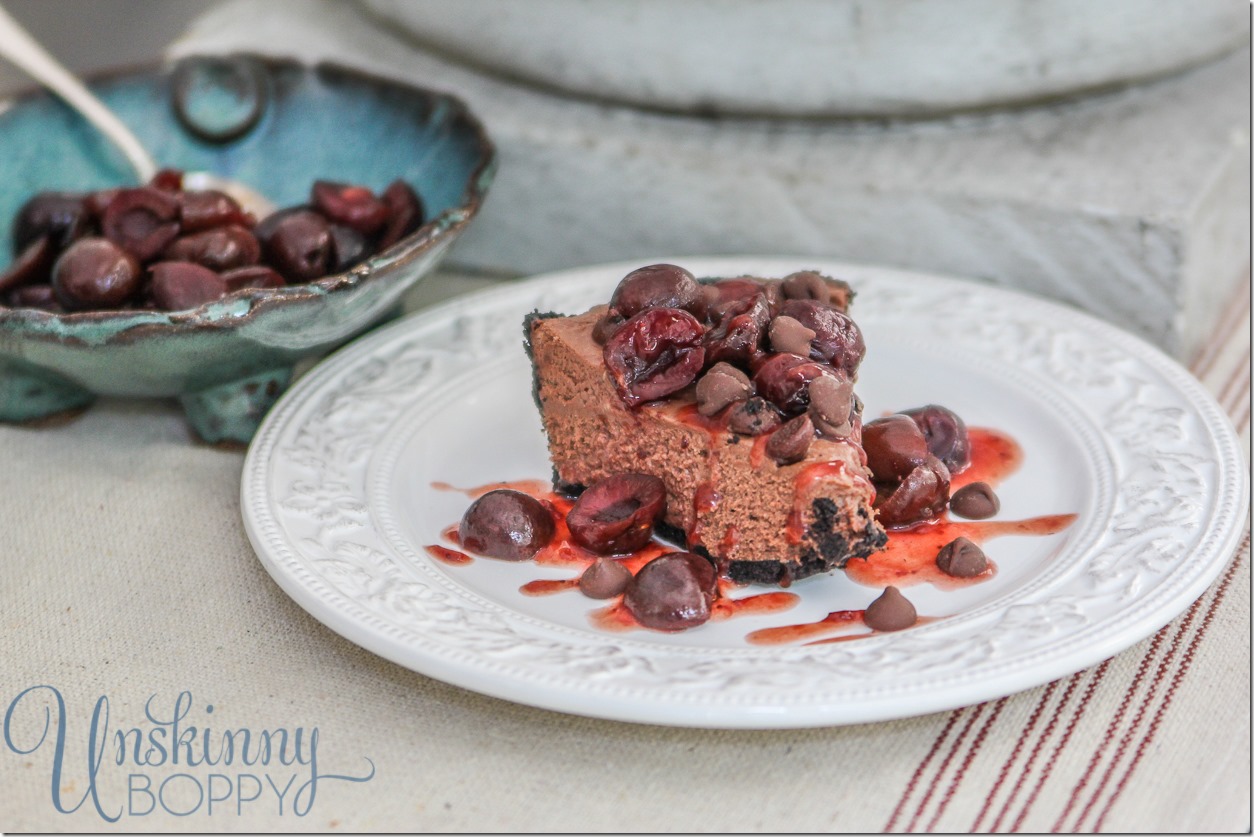 Then I considered the blueberries sitting in my fridge to add to the patrioticness of the shot, but I realized that might throw some folks off because blueberries are nowhere to be found in the recipe so I made a pretty fruit tray instead.  How great would this be for an Independence Day throw together potluck?   Add a fruit dip and you’d be the hit of the party! 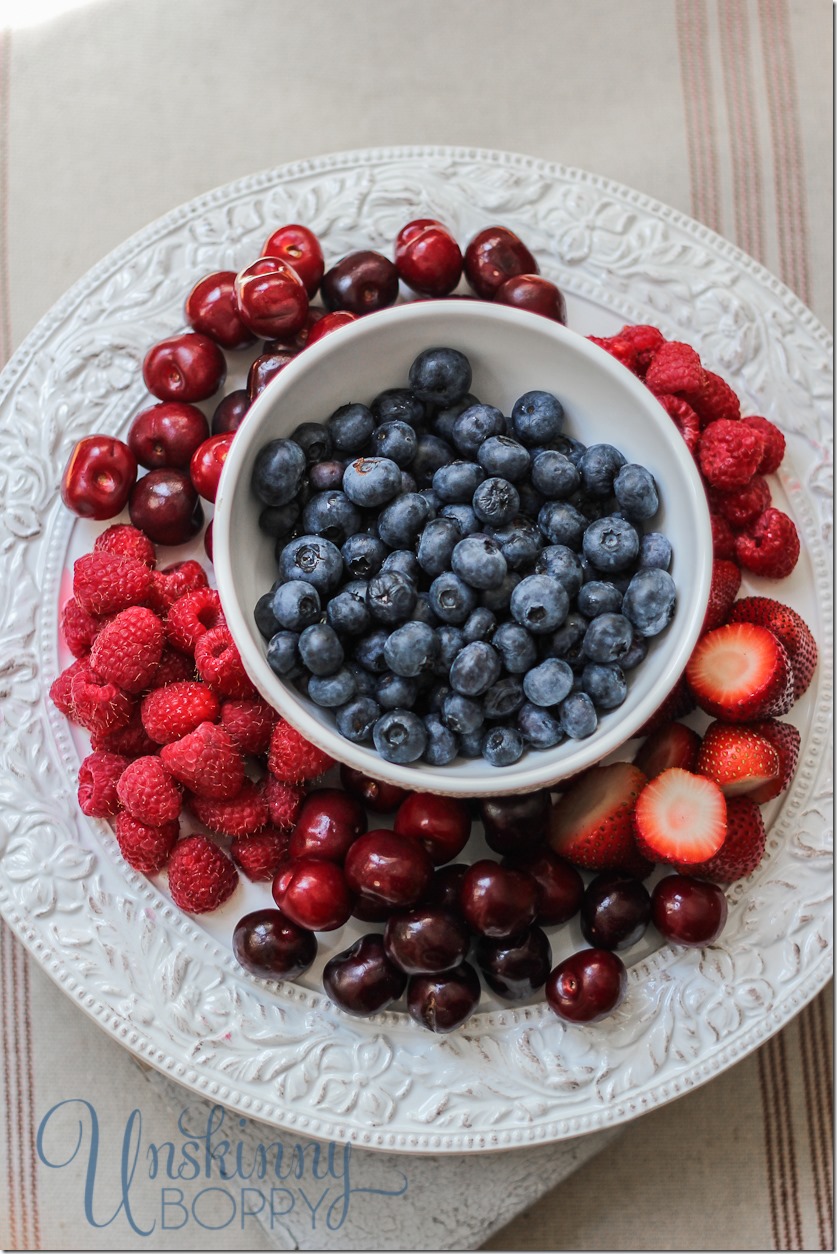 Just be sure to pit  your cherries better than I did. My father in law nearly broke his new crown on a pit yesterday.  Whoops!  I followed these instructions on how to pit cherries, but apparently I missed a few! Sorry PopPop! 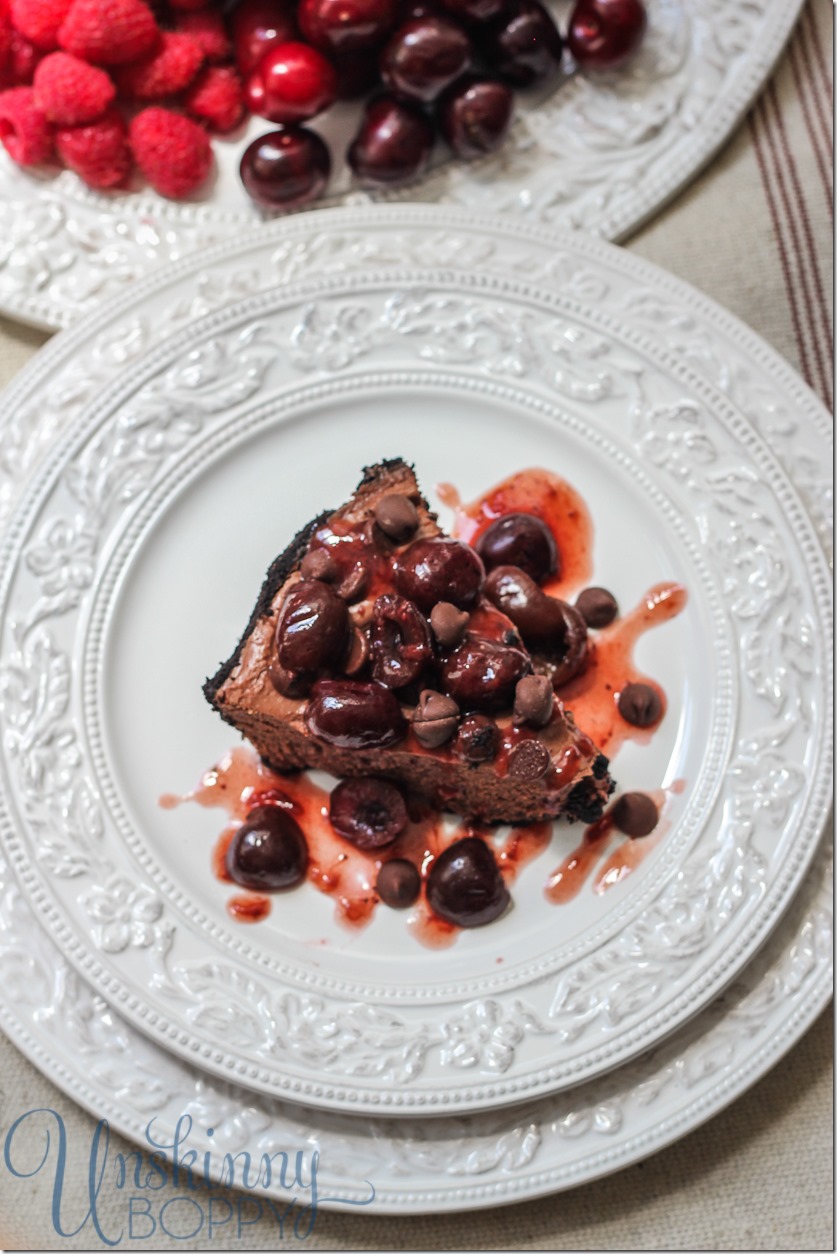 PS– This photo holds a hint to an upcoming giveaway that I’ll be hosting here in a few weeks.  Anyone wanna take a guess at what it might be?  I promise that it’s a GOOD ‘UN! Stay tuned!  In the meantime, the oh-so-salutable patriotic chocolate cherry cheesecake recipe you’ve all been waiting for….