I just returned from the craziest yardsale of my life! Want to know what happens with Rhoda at Southern Hospitality and Kevin and Layla at The Lettered Cottage get together and advertise a yard sale full of home decor items on the internet?

HOARDS OF PEOPLE show up! 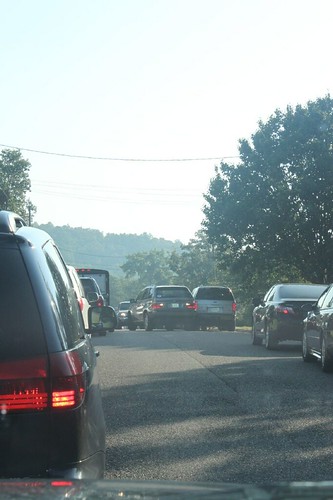 And here was the view once I got parked: 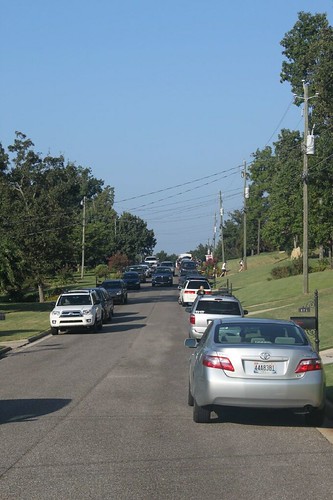 Cars lining both sides of the street about 2 blocks in either direction from Rhoda’s house. I bet it was more crowded than the Chick-Fil-A drive-thru in Tuscaloosa this morning.

She said the early bird arrived at 6:30 am and waited in front of her house all morning. By the time I arrived (15 minutes before the sale was scheduled to begin!) Rhoda’s stuff had already been sold for the most part, and Layla had not yet arrived with her stuff. I perused for a minute, then waited around a little longer as the crowds kept gathering. Finally at 8:10 I decided to head out. I found a back road that led to the subdivision entrance and escaped the masses of folks that were gathering in Rhoda’s driveway.

As I was leaving the subdivision I saw a big green van pulling a trailer coming up the hill. Then I saw a flash of blond hair and I knew it had to be Kevin and Layla, even though I’ve never met them before. So I totally stalked them down and got them to stop. I told them there was no way they would get the van through that crowd of cars and people. So I told them to follow me and I showed them the back entrance to Rhoda’s house.

And away we went back into the crowd. 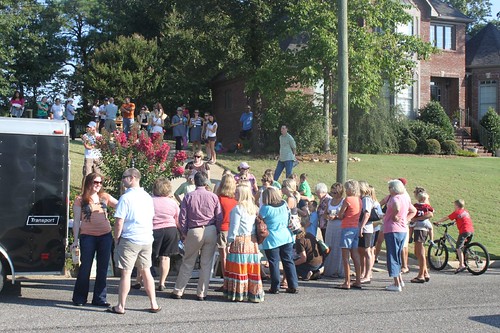 I felt sorry for Kevin having to maneuver that big van and trailer through all those cars, but he did a great job getting it parked. 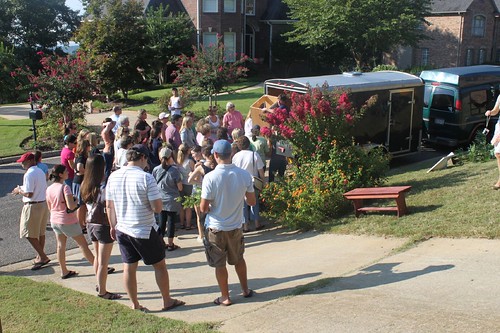 Then the real fun began. Before they could get unloaded they were surrounded by a herd of folks. 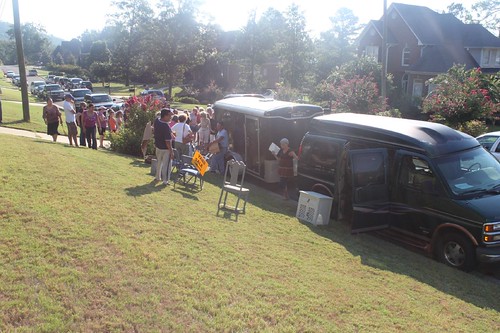 As soon as they hauled something off the trailer it got snatched up by someone. Nothing was priced, so people were just calling out random prices and it was sold! 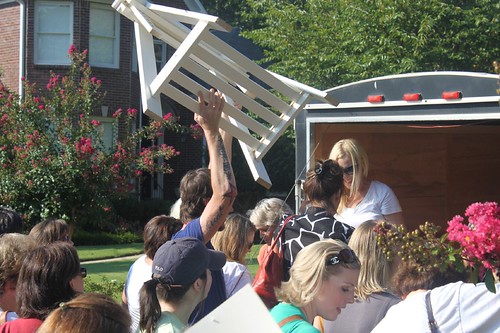 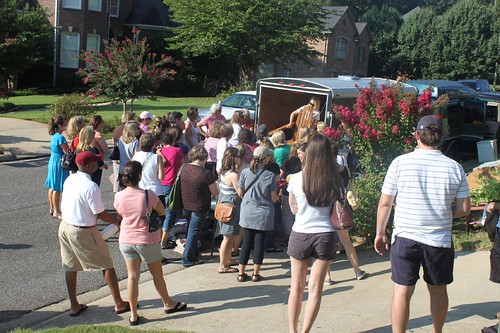 It was fun to watch, that’s for sure. 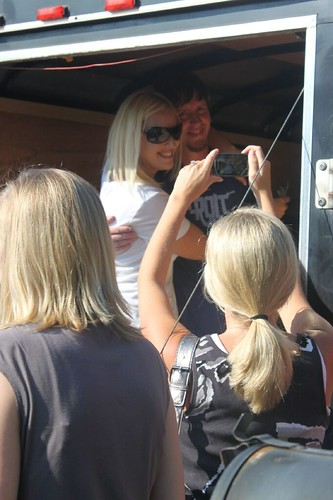 I probably would have had a panic attack if people had surrounded me like that while I was trying to unload a van full of stuff, but Layla and Kevin and Rhoda all handled it with so much grace and well, Southern hospitality. 🙂

Thanks for a fun morning, guys!

« Razor blades in my washing machine or Nightmare on Elm Street?
You wear nothing but you wear it so well {How to remove a sofa skirt} »

« Razor blades in my washing machine or Nightmare on Elm Street? • You wear nothing but you wear it so well {How to remove a sofa skirt} »